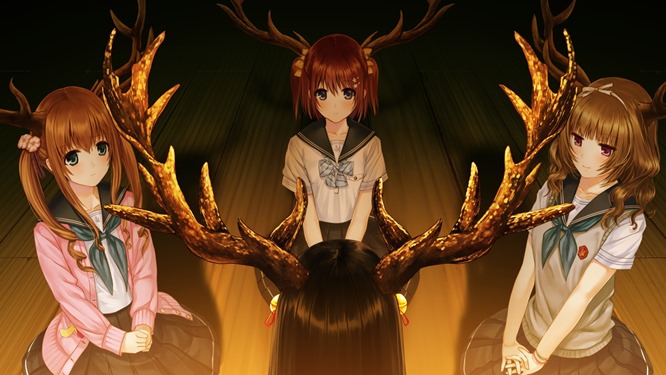 Japanese visual novel fans have been waiting for what seems like decades for the English version of Iwaihime.

This week, that wait is finally over as the popular supernatural horror novel now has a version English-speaking fans will be falling all over themselves to buy.


The English version of Iwaihime is currently available on Steam for 22,49€ (a 10% discount below its usual price).

If you want the novel’s extra chapter, Musubihime, as well you can also grab the Iwaihime Bundle, which includes the visual novel plus the extra chapter for just 25,58€.

After November 2nd, however, the prices will go back up to their usual 24.99€ and 31.58€, so take that into consideration when buying.

Why is Iwaihime so popular?

It tells the story of Susume Susuhara, a student who has just transferred to a new high school. A school with another student who always carries a creepy cursed doll around with her.

The girl’s name is Toe Kurokami, and soon Susume becomes intrigued by both her and the doll.

In other words, Iwaihime is another chilling horror visual novel you will not be able to stop reading but, at the same time, will be too scared to put the lights out when you finally do.

And now, the just-released English version of Iwaihime makes the popular visual novel easy to play and understand for those non-Japanese speakers among us.

Even though, when you do, you may wish you hadn’t.

Watch the English version of Iwaihime opening theme song movie below to get an idea of the art style and what to expect.

It not only introduces the visual novel’s main characters, but also its beautiful theme song – ‘Chitose Tsuzuri‘ sung by Rinne Yoshida. It does not, however, scare the bejeezus out of you.

You’ll have to play the visual novel for it to do that.