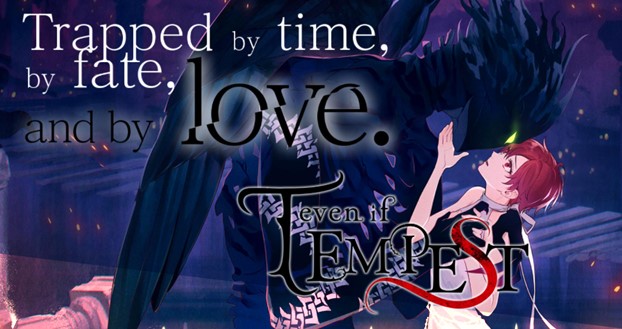 Being a massive consumer of visual novels, I am always on the lookout for another good one to add to my ever expanding collection.

The latest one likely to make it into my visual novel library then is the upcoming even if TEMPEST, which will be a digital-only exclusive on the Nintendo Switch. And an otome visual novel that looks fascinating, while maybe a little bit scary.

After all, with a story about a girl who dies consumed by flames, only to hear a witch whisper to her “Don’t you want a second chance?”, what more could you ask for?

Especially as developer Voltage has just released an even if TEMPEST teaser trailer in both English and Japanese that makes the visual novel look amazing.

The director for even if TEMPEST is Ayane Ushio (Norn9 series), with illustration by Norita (RUNLIMIT), and story and development by Voltage.

In other words, there are also some excellent folks working on it to be sure.

Watch the even if TEMPEST teaser trailers below (English and Japanese) to see what I mean, and be on the lookout for the visual novel’s release via the Nintendo eShop sometime in 2022.

You’ll find more information about the visual novel on the official even if TEMPEST website.