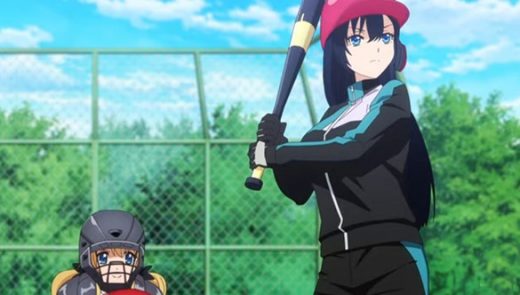 While the just released Yukino Tachibana character video doesn’t give us much to go on when it comes to figuring out the personality of one of the Extreme Hearts‘ characters, it does give us a quick look into her world.

Yukino Tachibana, of course, is one of the supporting characters in the upcoming Extreme Hearts sports/music anime series.

Her character video shows Yukino, who is voiced by Ayaka Fukuhara (Fairy Gone), practicing kendo at her family’s dojo, and then playing baseball.

The anime stars Kana Yuuki (Noelle in Black Clover) as Sumika Maehara, Miho Okasaki (Rimuru in That Time I Got Reincarnated as a Slime) who is voicing Saki Kodaka, and Ruriko Noguchi (BOFURI: I Don’t Want to Get Hurt, so I’ll Max Out My Defense) who plays Hiyori Hayama.

And is it just me, or does Yukino appear to be calm, cool and in charge of her life?

Guess we will see if that’s true when Extreme Hearts premieres on July 10th.