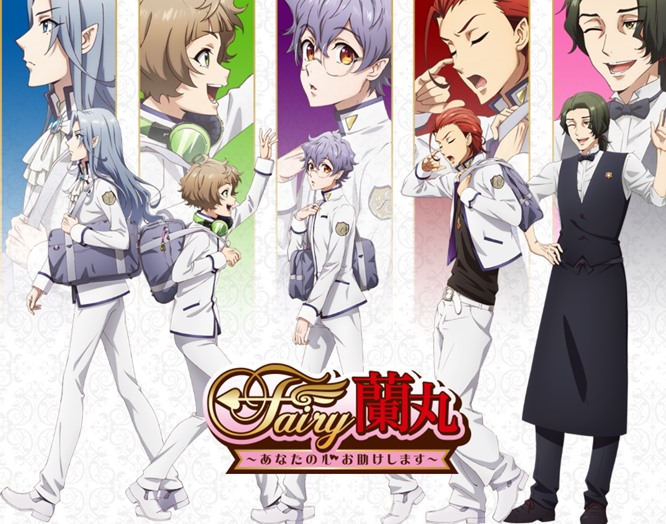 There is little information available yet about the mysterious upcoming anime series Fairy Ranmaru ~Anata no Kokoro O-tasukeshimasu~ (in English ‘Fairy Ranmaru ~I Will Help Your Heart~‘) but, from the just released teaser visual, it looks incredibly darned cute.

From what is on the recently opened official website for the anime and the new Twitter account as well, it is obvious the creators of this are keeping the details to themselves.

Until the planned 18th January presentation that will take place on YouTube, that is. (You can set the reminder button for the stream, and subscribe to the official YouTube channel now).

Then all will be revealed.

Meanwhile, it looks like Fairy Ranmaru will be an anime about a group of students and a maître d’/barman/cafe owner? And, of course, featuring a slew of young men fans will immediately fall in love with.

Stay tuned to Leo Sigh, as we will keep you updated on the anime as soon as more details are released.

Until then, enjoy that beautiful graphic because, Ye Gods, aren’t they all just so darned cute!