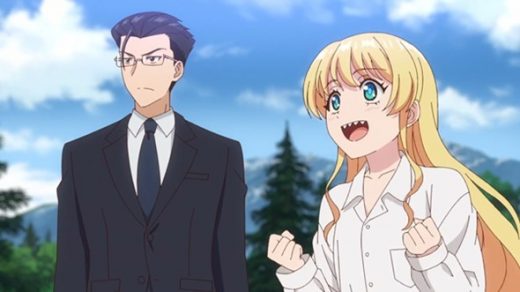 So this was a huge surprise.

Fantasy Bishoujo Juniku Ojisan to, aka Life with an Ordinary Guy Who Reincarnated into a Total Fantasy Knockout, a new isekai anime series currently airing during the Winter 2022 season.


An anime that looked cute but silly until I watched Fantasy Bishoujo Juniku Ojisan to Episode 1, fell in love with both of the main characters — Tachibana and Jinguuji — and then laughed so hard my stomach hurt.

Because, if this anime continues in the vein it is currently in, it is very likely to become the funniest anime of Winter 2022. 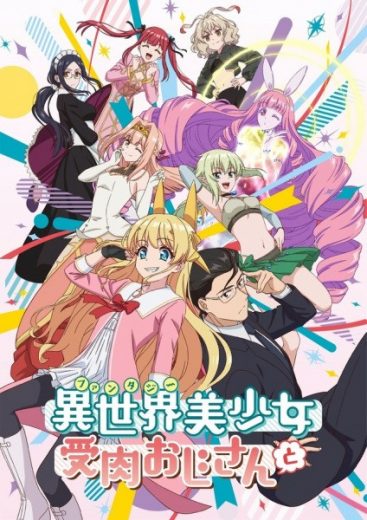 What is Fantasy Bishoujo Juniku Ojisan to?

The anime takes the usual premise of an ordinary guy (in this case, two ordinary guys) being reincarnated into another world by a goddess in order to ‘save it’ from a specific threat.

In this case, the Demon Lord.

In Fantasy Bishoujo Juniku Ojisan to, however, there’s a twist.

Namely, the two 32-year-old salarymen are childhood friends and one of them, Jinguuji, is in love with the other, Tachibana. While Tachibana is desperate to find a girlfriend but never succeeds.

But, once the two are reincarnated in a fantasy world, Jinguuji suddenly has ridiculously overpowered skills to make himself appear even cooler than he already was, and Tachibana is turned into a girl.

The cutest, most adorable girl you’ve ever seen.

And it appears both of them have been cursed by the goddess who reincarnated them as they were rude to her.

The first season of Fantasy Bishoujo Juniku Ojisan to then is Jinguuji and Tachibana suddenly realizing they find the other one so incredibly cute they can hardly stand it.

Then putting that down to the ‘curse’ the goddess foisted on them.

But, wait. Is it really?

Or is it just that both have finally realized they were always in love with the other, and that is now more ‘acceptable’ as one of them is now a girl?

Why Fantasy Bishoujo Juniku Ojisan to is so good

Both Jinguuji and Tachibana are brilliant characters.

Jinguuji has always been successful. Both in life and with women. But, as far as women go, he really was never interested.

Meanwhile, Tachibana is average in just about everything he does. Except with women, where he is a complete and utter failure.

But the pair get along with each other incredibly well, until that ‘chemistry’ changes when Tachibana suddenly reincarnates as a gorgeous, fantasy woman and Jinguuji is able to finally admit to himself he loves him.

Meanwhile, Tachibana is using his newfound ‘cuteness’ to his advantage, making Jinguuji carry him and save him from a predatory monster simply because he plays the ‘cute and helpless girl’ card. 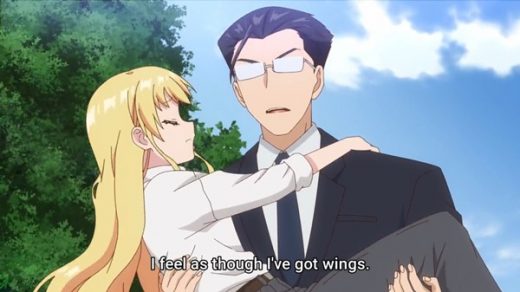 Where this story will go after the brilliant and hilarious first episode is anyone’s guess but, after the first 24 minutes, I am absolutely all in.

Because, yes, while both characters are fabulous, Fantasy Bishoujo Juniku Ojisan to would not be particularly interesting if it wasn’t also funny.

And that is why Fantasy Bishoujo Juniku Ojisan to works so well. It’s hilarious.

Superb comedic timing on the part of the voice actors (Mao Ichimichi as Tachibana and Satoshi Hino as Jinguuji), cleverly written lines and plot points, silly situations, surprisingly funny monsters, and a goddess that is so feisty and naughty that what she does to these two guys is one of the funniest things I’ve seen in anime in a while.

As, let’s face it, there are so many ‘comedy anime’ released every year that might give you a couple of laughs, but Fantasy Bishoujo Juniku Ojisan to had me belly-laughing less than 10 minutes in.

Those belly laughs came again and again too, right up until Episode 1’s bitter end when the monster Jinguuji had just killed cutely pops up in the ending animation.

Watch Fantasy Bishoujo Juniku Ojisan, aka Life with an Ordinary Guy Who Reincarnated into a Total Fantasy Knockout on Crunchyroll, and then tell me this isn’t the funniest anime in Winter 2022 so far?