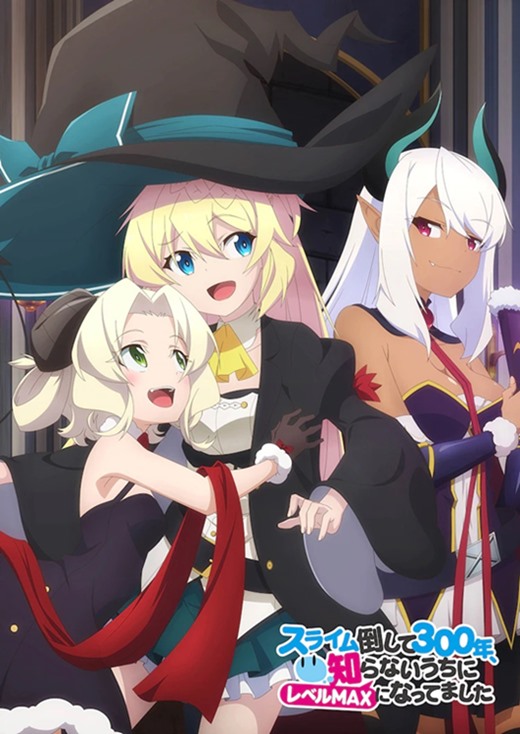 An adorable and final I’ve Been Killing Slimes for 300 Years and Maxed Out My Level key visual has been released this weekend in anticipation of the upcoming anime’s premiere next week. (See above)

The new fantasy isekai anime series is based on the novels written by Kisetsu Morita and illustrated by Benio, and tells the story of office worker Azusa who dies from overwork and, after reincarnating as a witch in a fantasy world and discovering she can never age and never die, decides to have a relaxed life.

The problem is the easiest way to do that is to kill slimes. Hundreds of years later, however, and Azusa’s massive number of slime kills have leveled her up to such an extent nobody else could ever beat her.

The I’ve Been Killing Slimes for 300 Years and Maxed Out My Level anime is directed by Nobukage Kimura (episode director Sakura Trick), with character design by Keisuke Goto (Babylon), and series composition by Tatsuya Takahashi (Domestic Girlfriend).

Animation production is by Revoroot (Babylon). 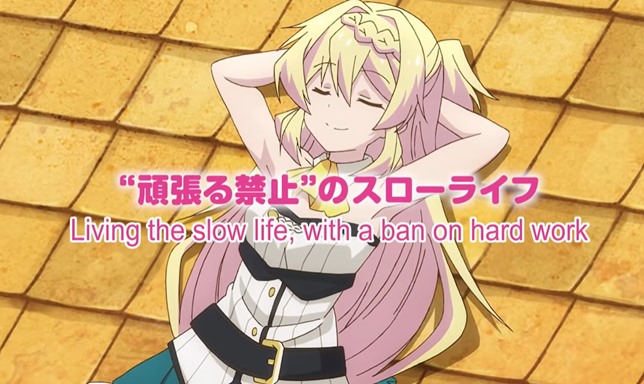 It will begin streaming on Crunchyroll outside Japan on the same day.

Watch the I’ve Been Killing Slimes for 300 Years and Maxed Out My Level trailer and mark your calendar, because this looks like the cutest thing.