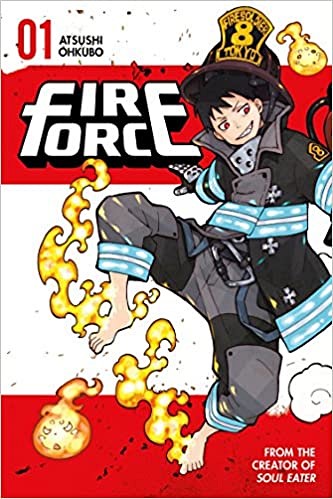 It has been announced the incredibly popular Fire Force manga is ending in two chapters.

The announcement came today from Kodansaha’s Weekly Shōnen Magazine, where the manga has been serialized since September, 2015.

The Fire Force manga, (aka Enen no Shouboutai in Japan), will end in that magazine’s February 22nd issue.

Fire Force author Atsushi Ōkubo warned his readers late last year the manga would soon be ending. Although many will be disappointed, they should not be surprised.

It has been only six weeks since that announcement, and his warning has now come to pass.

Atsushi Ōkubo has been writing manga for more than 20 years

Of course nobody should be blaming Ōkubo.

Anyone who knows anything about the grueling work of creating a weekly manga understands the immense amount of work that goes into each chapter, and how little time a mangaka is able to take off.

To say Ōkubo has been writing and drawing Fire Force for longer than six years says a lot about his fortitude.

Particularly as, at 42-years-old, he has been creating manga since the age of 20.

That is why Ōkubo, who is also the creator of Soul Eater and B. Ichi, told fans back in May, 2020 Fire Force would be his final manga.

The Fire Force manga currently has 32 tankōbon volumes out, with more than 17 million copies published.

The manga also spawned a hit anime series, with the first season premiering in July, 2019. The second season arrived the following year.

Watch both seasons on Crunchyroll.