The first Fruits Basket -prelude- trailer is out, and is one that shows Tohru’s parents — Kyoko and Katsuya Honda — while Kyoko was still in high school, and Katsuya was a trainee teacher at her school.

The scenes shown are during the time Kyoko was still a high school delinquent, a member of a gang and always in trouble, and while Katsuya was trying to help her.

And, yes, it eventually shows them getting together.

Along with the Fruits Basket -prelude- trailer, a new sweet key visual was also released. This shows Tohru as a small child happy on the beach, being swung by her young parents, (see below), and is an addition to the anime’s previous key visual also featuring a young Kyoko and Katsuya. 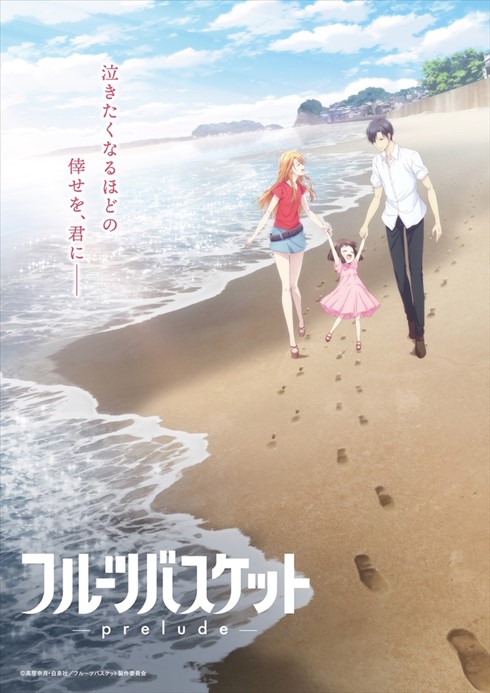 Fruits Basket -prelude- is an upcoming anime that tells the story of how Kyoko and Katsuya met.

In some respects, while a prequel, it follows on from the third and final Fruits Basket series in that it will fill in many of the holes in the quite sad backstory of Kyoko and Katsuya fans would like to have explained.

Until then, if you haven’t yet caught up on the full Fruits Basket story, you can watch all three seasons of the hit anime on Crunchyroll.

Meanwhile, watch the first Fruits Basket -prelude- trailer below, and see what an absolute firework Kyoko used to be and, of course, what true love looks like.