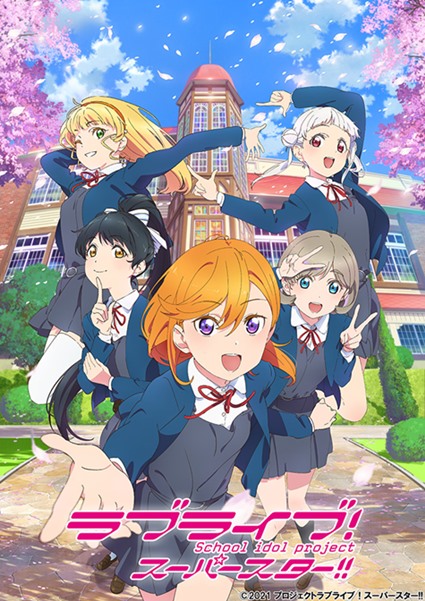 The new Love Live! Superstar!! key visual shows off the five Liella! girls — the students from Yurigaoka Girl’s High School that form a school idol group called Liella! so they can compete in the Love Live competition.


The group, which is led by freshman Kanon Shibuya, are shown in school uniforms outside their high school looking excited about their new music group.

The upcoming anime series is being directed by Takahiko Kyogoku, who also directed the first anime in the series — Love Live! School Idol Project.

Jukki Hanada is in charge of scripts, with Yoshiaki Fujisawa composing the series’ music.

Check out the just-released Love Live! Superstar!! key visual above, and the first trailer introducing all five main characters below.