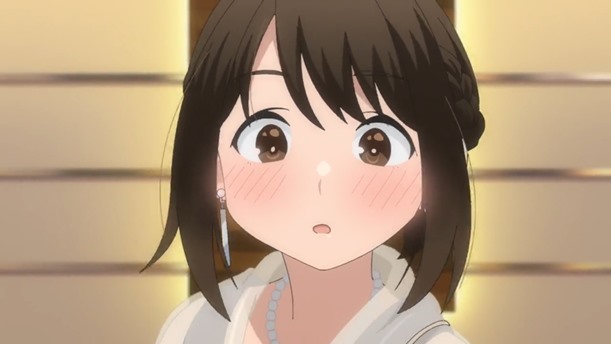 Well, while Ganbare, Douki-chan Episode 12, the last episode in the current season, was a bit of a disappointment, looking back at the entire series it was probably always destined to end up that way.

After all, the whole premise of the anime is of Douki-chan doing her best to tell Douki-kun how she feels about him and, yet, always failing when the moment arrives.

That premise carried right through to the end of Ganbare, Douki-chan Episode 12 this week.

An episode titled “That’s What I’m Talking About, Douki-kun“, and one that had the aforementioned Douki-kun coming to the rescue after Douki-chan is harassed by two drunk men at the wedding she is attending.

Coming to the rescue, of course, by grabbing her hand and declaring she was his girlfriend, and then walking away with her. 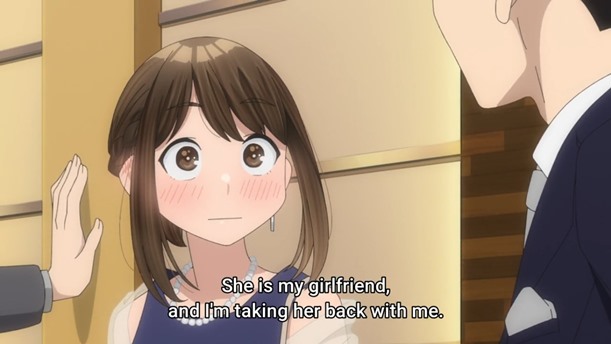 This, of course, made Douki-chan blush redder than a fire hydrant, but then realize as they were walking away that his hand was shaking.

Shaking in anger at the way the men were treating her?

Or shaking because he loves her, and was finally able to hold her hand?

Come on, we all know which one it was, and it wasn’t the first.

This, of course, gives Douki-chan added courage and, as she is about to blurt out that she loves him too, guess who shows up to spoil it? 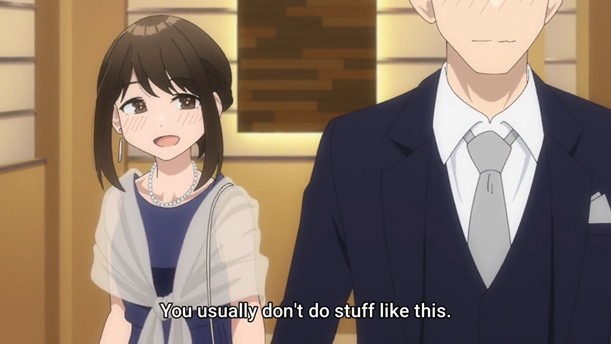 Yep, poor Douki-chan is destined to always have her limelight stepped into by at least one of the women who now constantly seem to be in her life.

The final episode of the current season of Ganbare, Douki-chan wasn’t all disappointment though.

After all, we did get to see both Douki-chan and Kouhai-chan doing a fabulously cute maid dance.

And, with Ganbare, Douki-chan Episode 12 ending with our heroine exclaiming “Okay, another day of doing my best”, it leaves the door open for a second season of the anime.

So, if we must be disappointed a little bit longer that Douki-chan didn’t quite get to tell Douki-kun how she feels (even though we definitely know how he feels now), I’m fine with that if it means there are more episodes of this lovely anime in the works.

Watch Ganbare, Douki-chan, Episode 12 and all the other episodes on Crunchyroll. It really is one of the best of the year.