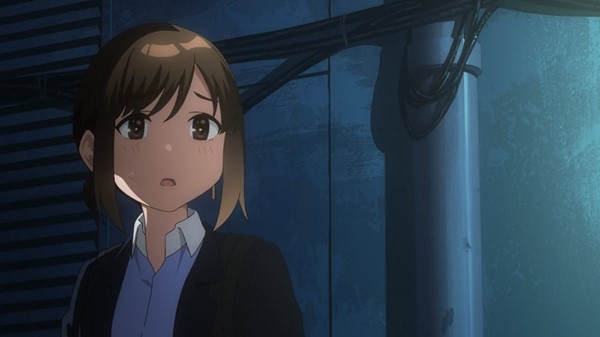 Ganbare, Douki-chan, Episode 8, “They Clash!! The Junior Coworker VS The Business Client Senpai” is now with us and, man, it couldn’t have been more frustrating.

After all, we are back with Douki-chan and Douki-kun, who have been strong-armed into going for drinks with the new client (aka Douki-kun’s old university friend — now ‘the Business Client Senpai’) but wait, what?

Kouhai-chan is there having drinks with them as well?

Yes, of course she is, as she noticed the three heading to a restaurant together, so she ‘coincidentally’ arrived at the same restaurant on her way back from a business trip.

And now she’s drinking like the best of them. 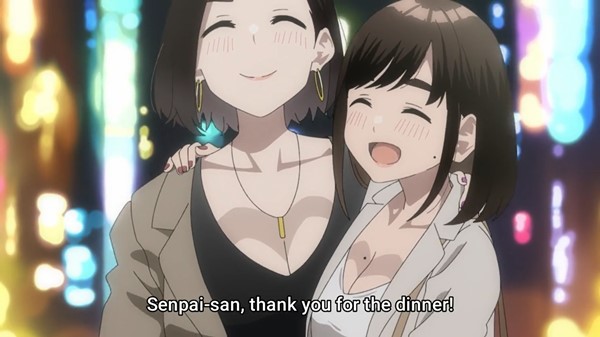 Soon it’s time to move to another place and drink some more but, as all four are walking down the street and Kouhai-chan and the senpai are getting along well and talking about where to go next, Douki-chan feels a hand on her arm and she is unceremoniously dragged into an alley by Douki-kun.

The love of her life then grabs her arm and runs down the street dragging her behind him until, in a dark alley, he stops and asks “Do you think we lost them?”

When Douki-chan asks what they’re doing there, he replies “We were supposed to go to dinner. Just the two of us, and I’m sorry I couldn’t say no to them”.

He then asks her what she had wanted to ask him, as she had told him she needed to ask him something over dinner, and now is her chance to say “I like you”. 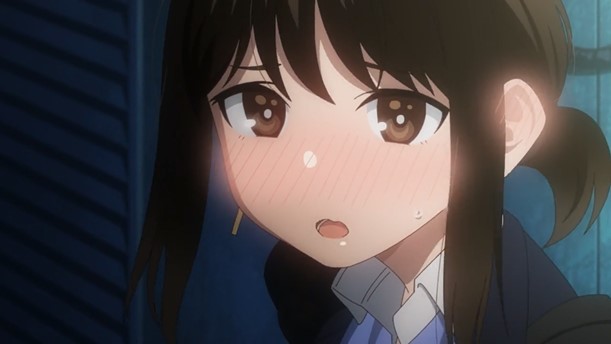 Noooooo, she becomes nervous and embarrassed, and ultimately stammers out she can’t remember what she was going to tell him.

Of course, BECAUSE HE LIKES HER, he looks disappointed and then says they should find the other women, and that she can tell him what she wanted to say if she ever remembers.

As he moves to walk away, Douki-chan suddenly comes to her senses, steels her nerve and grabs his arm and….

Well, you’ll have to watch the episode to find out. 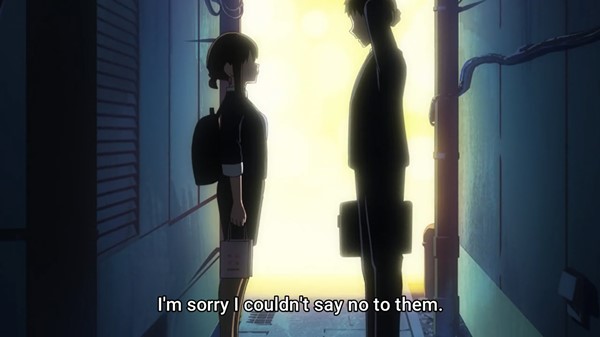 Of course, by this point, with the sweat running down his face when he talks to her, how he grabs her arm so he can get her away from the other two women and as he really wanted to have dinner with her alone, if it hadn’t been for the other two women who need to buy a clue, Douki-chan would have to be dimmer than dim to not figure out he likes her.

Unfortunately, she apparently is. Or, at least, too nervous and stuck in her own head to be able to guess what might be going on in his.

As for Douki-kun, this is a work environment, he is the man, and probably feels as though it would make things incredibly awkward if he was to say something. So…he is waiting for her to say it.

With only four episodes left of Ganbare, Douki-chan, I’m not sure my heart can take much more of this. Come on, Douki-chan, join the other two, and all three of you buy a clue. Pleeease.

Ganbare, Douki-chan is streaming on Crunchyroll, and this six-minute gem of an anime short is still one of my favorite anime of the year. Really.