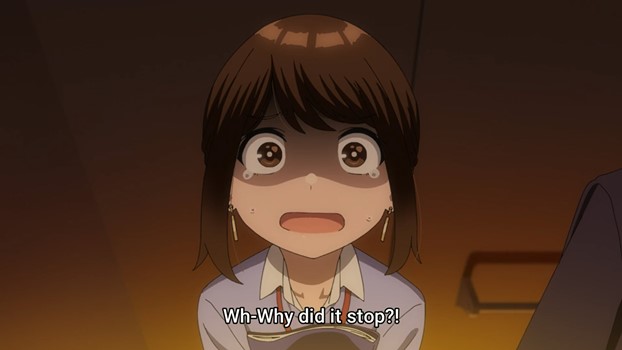 Worrying so much, she can hardly concentrate on her work. Especially because she is sitting next to her co-worker. You know, the one she is in love with.


But, in true Douki-chan style, while still obsessing over the first thing that went wrong, a second problem that might be even worse is heading right for her.

With an episode title like “My coworker and I were in the elevator together and then we were trapped inside together“, you can probably guess what that problem is. 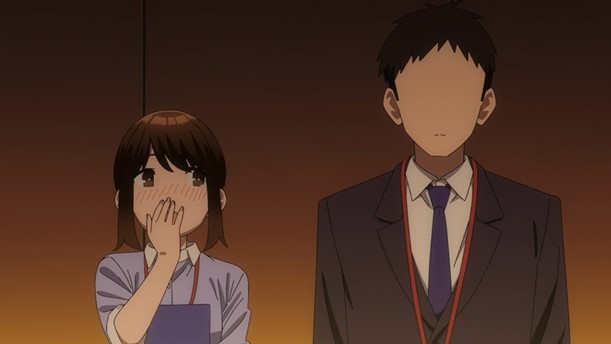 But, as the just over five-minute episode draws to its conclusion, and Douki-chan and her co-worker Douki-kun are still in the elevator, something even worse is coming down the pyke.

Sure, we are only in the second week of the comedy romance anime short, but I am already looking forward to each weekly episode of Ganbare Douki-chan.

Douki-chan is adorable, although a bit of a ditz, Douki-kun actually seems lovely if he would only get a clue, and the circumstances they both find themselves in are funny.

The artwork too is gorgeous.

Plus, anyone has five to six minutes to spend once a week to watch an anime that is light and fun, with characters that are cute and a bit crazy, and that doesn’t tax the brain too much.

Especially when, depending on what happens at the end of this season, the payoff might be great.

Watch the weekly episodes of Ganbare Douki-chan on Crunchyroll, where the anime seems to be pleasing the folks over there greatly, if all the 5 star reviews are to be believed.