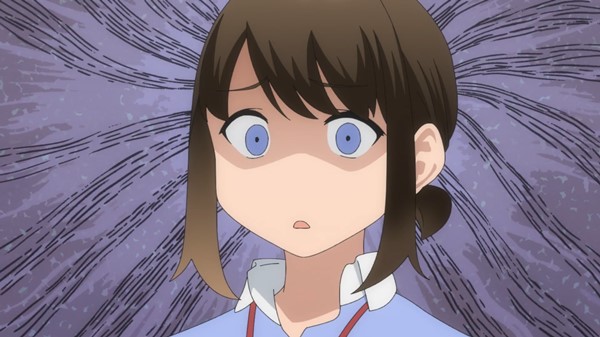 Ganbare, Douki-chan, Episode 3, “The Junior Who Gives Chocolate on Valentine’s Day at Work“

It’s Valentine’s Day on Ganbare Douki-chan Episode 3, and Douki-chan is trying to figure out when would be the best time to give Douki-kun the chocolates she has made for him.

Of course, while Douki-chan is worrying about that, her co-worker, who we only know as Kouhai-chan, has already stepped forward, presented her chocolates to Douki-kun and openly flirted with him.

Then announced her chocolates are “Infused with an aphrodisiac”. 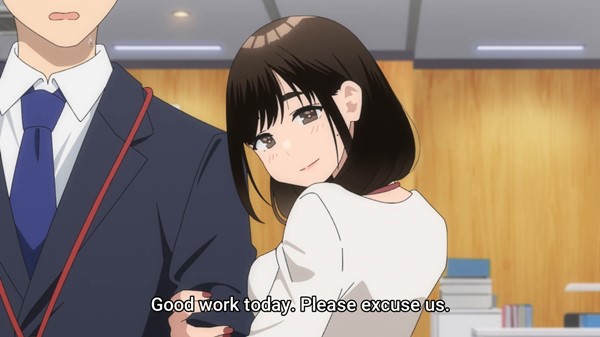 From the little we can see of Douki-kun’s face, however, he doesn’t look too thrilled with the idea (is anyone else beginning to think he likes Douki-chan a lot more than she realizes?). Leaving me to wonder then, why doesn’t he say “No thanks”.

Of course, things don’t end there as, while on her way home, Douki-chan sees the pair heading into a local restaurant.

But, as she tries to peer through the door to see what they’re up to, the door opens and she falls in, leading one of the restaurant staff to get her a “table for one”.

Yep, on Valentine’s Day, poor Douki-chan is dining alone. At a table next to the love of her life, and the wench that has just stolen him from her.

But, when you think it’s all over for poor Douki-chan, as her Senpai has now been grabbed by Kouhai chan, don’t miss that final scene, as things could be about to get interesting. 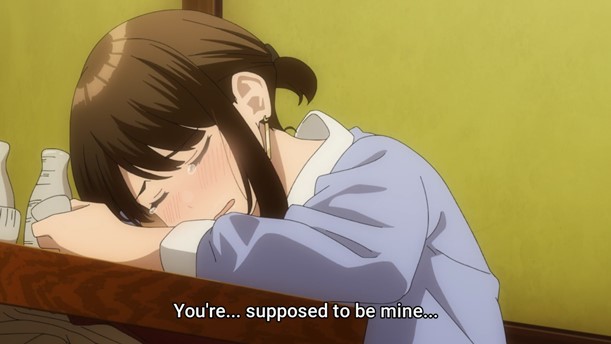 And yes, I still absolutely love Ganbare, Douki-chan as, in less than five minutes, the show manages to tell you a full story, make you feel sorry for Douki-chan while simultaneously laughing out loud at her silly antics, and still has you rooting for her at the end, as don’t she and Douki-kun seem to belong together?

And, personally, I think Douki-kun already knows it.

Ganbare, Douk-chan Episode 3, plus the first two episodes of the anime series, are currently streaming on Crunchyroll. They are more than worth the five minutes you will invest in each one.

Related: Ganbare, Douki-chan — stuck in an elevator with the love of her life — Episode 2