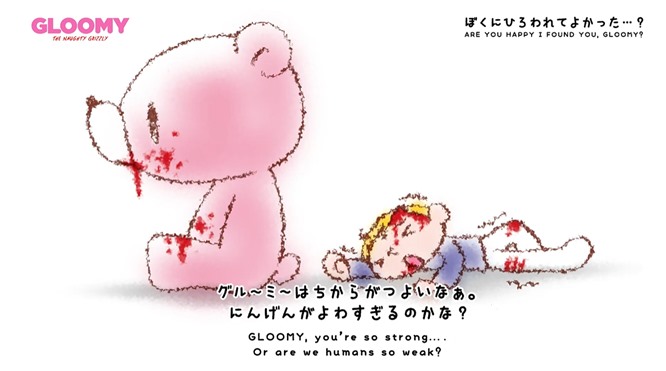 The story of Gloomy Bear

If you are not familiar with Gloomy Bear,  however, don’t expect the famous Japanese character to be cute and cuddly.

After all, Gloomy Bear is known for his belief that bears and humans are incompatible, so he actually bites and scratches, is quite violent and, yes, he’s more than happy to eat people.

That makes life with his owner Pitty difficult for Pitty, as he often has to live with bites and scratches from the bad-tempered bear. 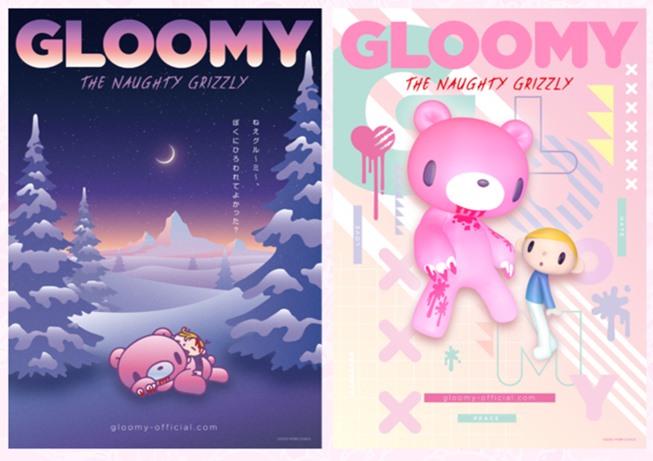 The anime series is being directed by Takehiro Kubota (episode director Ping Pong).

Two promotional videos have also been released today, one with English sub-titles telling the story of Gloomy and Pitty, and one featuring Chack Mori talking about creating the popular character.

Two cute visuals have also been drawn. (see above)

Learn more about the upcoming Gloomy the Naughty Grizzly anime on the character’s website, and mark your calendar for April, as this one should be fun.