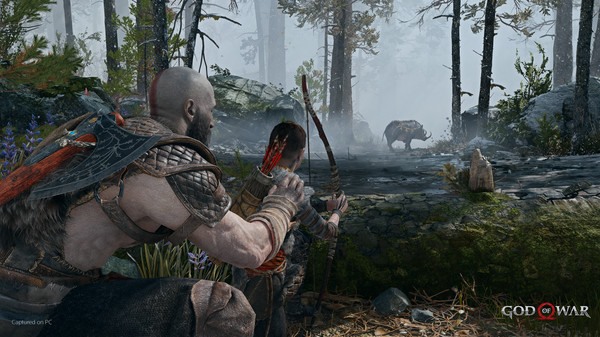 One of the best action adventure games of recent years — God of War — is finally coming to PC early next year.

Today, developer Santa Monica Studio released a graphic showing five different spec configurations players must have at least the minimum of in order to be able to run the game.

Surprisingly, the lower end God of War PC specs are not that bad, although you will need Windows 10 64-bit and 70GB SSD storage before you even get started. 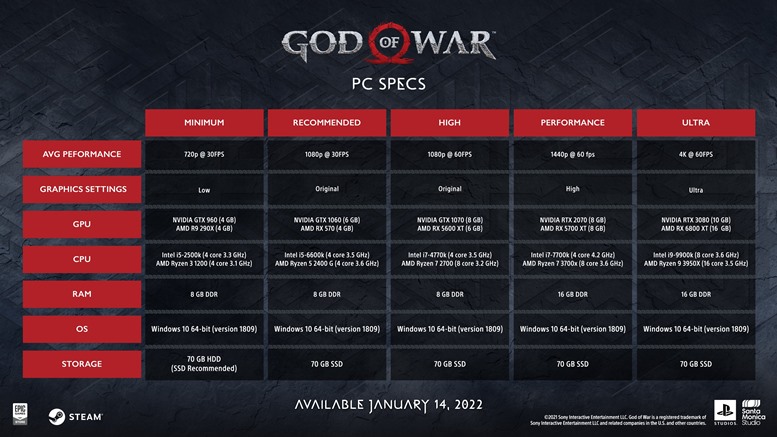 Of course, while minimum specs will make the game run, if you want to experience at least 60FPS, you will need to have at least the mid-range specs to get that kind of performance.

The highest two specs will make it run like a dream.

Along with the graphic, a PC Features trailer for God of War was also released yesterday. In it you’ll see not only how gorgeous the game is, but get a feel for what the right PC specs can do for you.

God of War on PC will be out on January 14th, 2022. You can pre-purchase it now on Steam and the Epic Store.