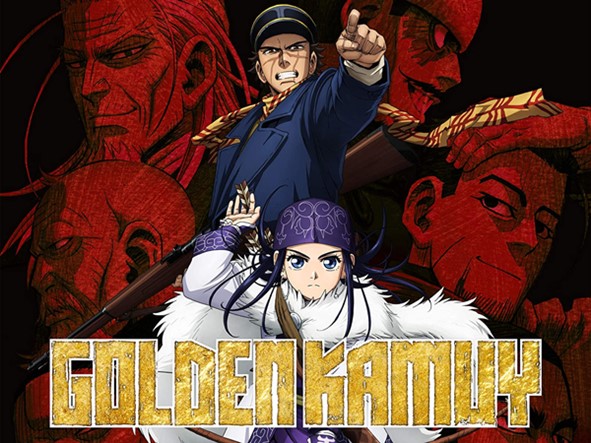 With the Covid-19 mess still going on, and likely to still be going on next year if our governments have their way, many anime fans in the UK and Ireland are getting used to delays of anime releases, including releases of their favorite shows on DVD and Blu-ray.

Sadly for them, Funimation is another company that has just announced yet another DVD/Blu-ray release not happening as planned.

This time the delay of the superb historical adventure anime Golden Kamuy on DVD and Blu-ray in the UK and Ireland.

Instead of getting Golden Kamuy Season 1 on October 1st and Season 2 soon after, the release dates for both have now changed.

A situation that must seem odd for Japanese fans, who have had Season 1 since 2018, and for American fans that have been able to buy both seasons for almost a year.

Hell, in the U.S., we can already pre-order Golden Kamuy Season 3 on Funimation, which will be coming out on October 5th, long before the first two seasons of the anime in the UK.

Sorry British fans, but it looks like you’re last to the table yet again.