Now this might sound like a temper tantrum to you and, if so, that’s fine. But, as a gamer who plays hundreds of games every year in just about every genre, there are still certain games I will never buy.

Along with those that have ridiculously intense system requirements, or that feature intrusive DRM, are games that require the player to be ‘always online’ for a single player game in order to play them.

And that, sadly, is the upcoming Gran Turismo 7.


A game whose publisher Sony has just announced (although surreptitiously in the fine print) will require the player to be always online, even when playing the single player campaign.

In fact, if you do buy Gran Turismo 7, don’t be surprised that you will have to be always online to take advantage of the GT Campaign, the GT Livery Editor, GT Café, GT Auto, Scapes and even the High Speed Ring and Trial Mountain circuits?

Now, I don’t know about you, but being mandated to be connected to the Internet just to play a game I paid good money for and, might I add, supposedly own, especially when I am sometimes in areas of the world where Internet access is spotty, just pisses me off.

It pisses me off that these clueless devs, and even more clueless publishers, think they can mandate a player remain online just to play their game, and that most people will have no problem with that.

It also shows the ignorance of these people, who obviously don’t realize a large percentage of the world still doesn’t have Internet access most of the time, has dodgy Internet that either stutters along or often goes down, or has access they have to pay more for if they use a certain amount of data per month.

Yes, data caps are still a thing for many. 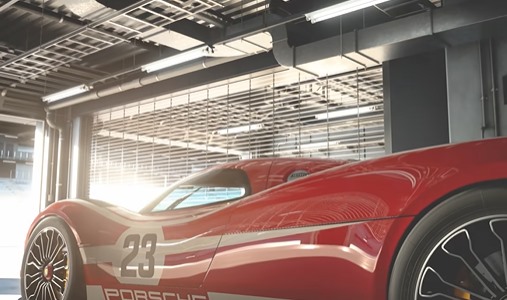 Instead, I will save my money for games whose developers and publishers don’t treat me as a potential thief even before I buy the game — because, yes, always online is generally put into a game to stop games from being pirated.

While also, of course, allowing mega corporations to monitor the people that buy the game, and then save data about their private gaming habits.

For those of you who don’t mind that a developer/publisher treats you like a would-be thief, or that doesn’t care you may struggle to play the game if your Internet connection isn’t great, Gran Turismo 7 will launch for both PS4 and PS5 on March 4th, 2022.

For those like me, save your money and buy a game developed and published by people that want their games to be consumer-friendly, and that don’t feel the need to have 100% control over your gaming life instead.