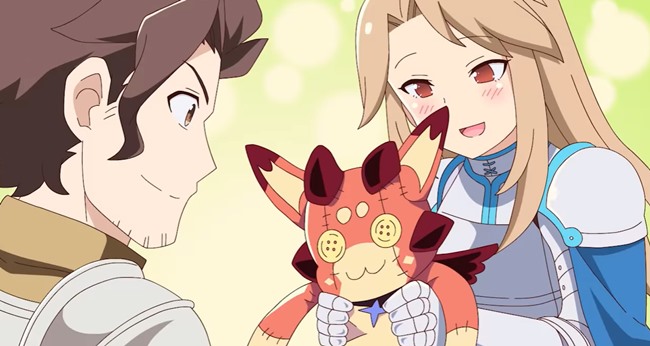 If you ever wanted to see your favorite characters in Granblue Fantasy be a little less serious sometimes, now is your chance.

Because the upcoming Grand Blues! (Guraburu!) anime short, the spin-off from the popular fanasty series, got a new promo trailer today. A trailer that is wild and weird, and just as crazy as you would probably expect it to be.

The anime short series is an adaptation of the four-panel gag comedy manga Grand Blues! by Kikuhitomoji, which will be premiering in Japan on Thursday, October 8th, 2020.

Each episode will be six-minutes in length.

The new series has been produced by DMM.futureworks, directed by Kenshiro Morii (Anime-Gataris). Artist so-shi is both the character designer and the chief animation director.

The anime short Grand Blues! is the third anime in the franchise, following on from the first season of Granblue Fantasy The Animation in 2017 and season 2 of that anime in 2019. Although, unlike the others, this one is full-on comedy.

The entire voice cast from both seasons will also be returning to voice their characters in Grand Blues!

The just-released Grand Blues! trailer shows Lyria, Vyrn, Rackam, Io, Alize, Narmaya, and other characters we love getting up to all kinds of craziness we haven’t seen them involved in before and, yes, this looks like a lot of fun.

Grand Blues! will begin airing on both TOKYO MX and BS 11 on Thursday at 9:54 pm. You can probably expect it to show up in the west on Crunchyroll and Funimation soon afterwards.

Until then, watch the Grand Blues! promo trailer below and check out more information, including some cute graphics, on the anime’s official website.