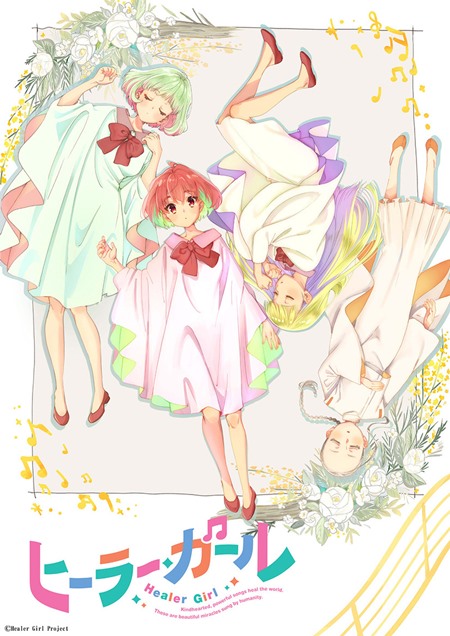 Well, this is interesting.

A new anime series called Healer Girl is currently in production, and a cuter than cute visual has just been released to promote it. (see above).


The upcoming anime is about four girls who plan to heal the world through their music. (I’m a music journalist, and I can certainly attest to how music really can heal the soul 🙂 ).

They are Karin Isobe (Just Because!) who will play Kana Fujii, Marina Horiuchi (iii icecrin) as Reimi Itsushiro, Akane Kumada (the upcoming Drugstore in Another World: The Slow Life of a Cheat Pharmacist) as Hibiki Morishima and singer Chihaya Yoshitake (ending theme song for Star Twinkle PreCure) as Sonia Yanagi.

The four currently make up Healer Girls, a new anisong unit founded earlier in the year.

There hasn’t been a premiere date announced just yet, but the cuter than cute Healer Girl visual definitely almost makes up for it.

Yep. I’ll be adding this one to my list of “Anime to check out”.