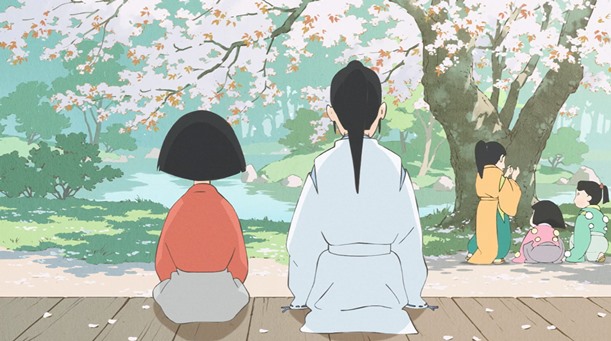 At just one episode in of the new historical anime Heike Monogatari and, by the end of it, it is hard to shake the feeling of dread already encompassing this fascinating story.

A dread the viewer knows will come to life again and again and again before the anime ends, and a blight that will entwine itself around the lives of so many beloved characters by the time it does.

What makes Heike Monogatari truly spectacular in its storytelling, however, is not just already-legendary director Naoko Yamada’s handling of the classic tale, nor its stunning art style, phenomenal voice acting performances or its abrasive but still empathetic protagonist Biwa, it is also the music chosen for the anime that wonderfully stands out.

Music that is contemporary in composition and feel, but also fits perfectly into this superb historical drama set during Japan’s Genpei War (1180-1185).

One of the tracks that stands front and center is the Heike Monogatari opening theme song — ‘Hikaru Toki‘ by Hitsuji Bungaku — a song that is simultaneously beautiful, with its soulful vocals and soaring melody, but also still manages to convey that feeling of happiness soon to be lost.

Perfect for the anime’s opening animation, compiled as it is of scenes of children playing and adults laughing, Biwa finding a home where she can be safe and taken care of, and a window into the future showing the coming senseless deaths of thousands due to nothing more than the obsession with power.

‘Hikaru Toki‘ by Hitsuji Bungaku is one of those anime opening theme songs you hear once, and then keep hitting ‘Repeat’ as it slowly embosses itself on your brain.

Performed by a Japanese all-female band whose words making up its name were randomly picked out of a dictionary (they mean ‘sheep literature’), it is deceptively upbeat, but also hypnotic and quite sad.

Listen to the Heike Monogatari opening theme song ‘Hikaru Toki‘ by Hitsuji Bungaku (aka When the Light Shines in English) in the anime’s opening animation below.

It is a beautiful song.

Watch the trailer for Heike Monogatari down there as well and, if you watch one anime this season, watch this one. Because everything about it is stunning.