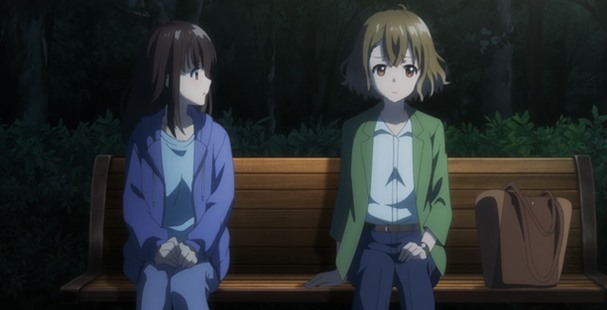 This Higehiro, After Being Rejected I Shaved… Episode 3 recap/review begins with Sayu dreaming about having sex with one of the men she stayed with.

Yes, what has seemed like a wholesome, quite sweet anime during the first two episodes suddenly got quite a bit darker, which leaves us wondering will it keep its nice atmosphere throughout or suddenly head down a path most of us are probably not expecting?

Higehiro, After Being Rejected I Shaved… Episode 3, “Living Together” recap/review

The episode carries on with Sayu wondering if there is something wrong with Yoshida, as he never attempts to touch her. That not being her experience with other men, she finds it confusing.

Remember, Sayu is only 17 and so, even with her experiences after running away from home, she is still naive.

We then find out Yoshida has turned down a business trip, meaning a co-worker has to go in his place. Again, it is assumed it is because he has a girlfriend.

Yoshida gets asked to a movie by Mishima, with Gouto-san seeing him leave the office with her.

Meanwhile, Sayu begins to worry about Yoshida finding a girlfriend. If he does, she thinks he will kick her out. When she finds out Yoshida has gone to a movie with a co-worker, she rushes out to see if it is a girl. 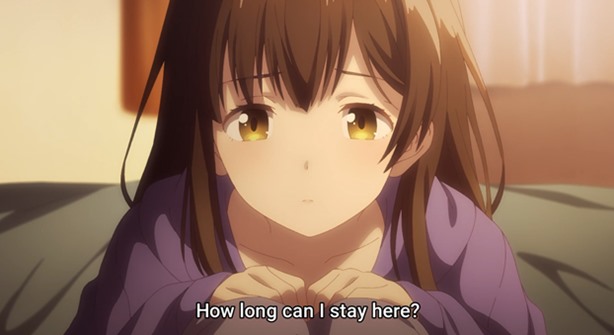 Once she has seen Yoshida and Mishima together, with Mishima hugging him, she runs off but doesn’t see Yoshida pushing Mishima away.

Back at the apartment, Yoshida realizes Sayu has gone and rushes out to find her.

Sayu is sitting on a park bench realizing she is jealous of Mishima, when Mishima sees her and offers to sit with her so the police do not pick her up because she is under age.

They talk about Sayu being a runaway, and Mishima tells her it is better to act upon something than not act at all as, even if it doesn’t work out, you can say you gave it your all.

Yoshida arrives and asks Mishima what her explanation is for sitting with Sayu, but Sayu says she will explain. Mishima then tells Yoshida he has some explaining to do himself, but she will go and let the two of them go home, as she realizes Sayu is living with Yoshida.

At home, Sayu tries to seduce Yoshida but he tells her to get dressed. She tells him she doesn’t understand why other men wanted to have sex with her, but he doesn’t. 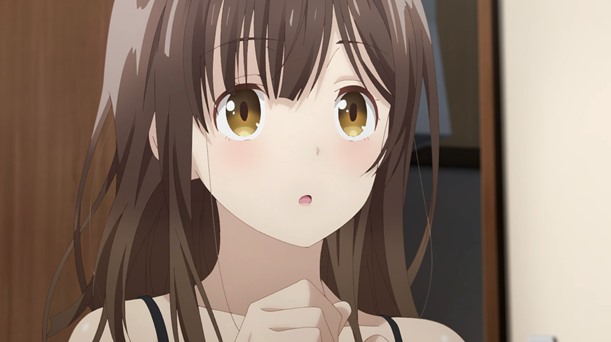 She explains all the other men kicked her out when the disadvantages outweighed the advantages, and she is worried he will do the same.

Yoshida then tells her, while she is cute, he only wants to sleep with someone he is in love with and he’s not in love with her. He also stresses he likes her staying with him, as it makes living there more pleasant.

He asks her to stay with him, as it helps him feel happier. The episode ends with Sayu crying.

Higehiro, After Being Rejected I Shaved… Episode 3, “Living Together” review

This is the first episode where you realize how messed up Sayu is, and how her former life was probably more unhappy than she admits. Particularly when it comes to the men she stayed with. Men who used her and then threw her out when they worried about being arrested for being with an underage girl.

It is also an episode that solidifies just how kind of a person Yoshida is, and how he treats women well. This is cemented even by the way he treats Mishima, as he is friendly towards her but makes it obvious he is still in love with Gouto-san, so she is wasting her time trying to get him to fall in love with her.

All in all, another sweet episode, even with the opening scenes being darker.

In other words, Higehiro, After Being Rejected I Shaved and Took in a High School Runaway is turning out to be an anime series that is still surprising. And quite underrated.

That it also features characters that are good people who are trying to do their best to live life in a respectable way makes it even more charming.

Now I can’t wait to see what transpires in Episode 4.

You can currently watch Higehiro, After Being Rejected I Shaved on Crunchyroll. Episode 5 began streaming on the anime platform yesterday.

More recaps of other Higehiro episodes are on Leo Sigh.