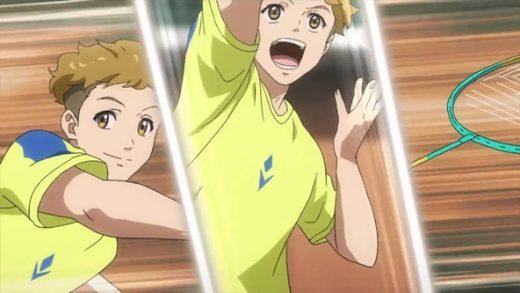 When it comes to anime about badminton, the currently airing Love All Play is one of the few that has been released over the last few years.

An anime that, along with its currently slow-burn story as Ryou Mizushima sets off to pursue his badminton success dreams, also features a superb ending theme song.

That Love All Play ending theme song is ‘Lyra‘ by LONGMAN, a Japanese three-person punk rock band that has provided the perfect high-energy ED for an anime that, I am guessing, will likely pick up in drama and intensity once the first few episodes have ended.

Especially as the anime gets more into the inter-high badminton matches between competing schools.

LONGMAN’s ‘Lyra‘ also came with an equally high-energy official lyric music video this week, with the punk rock band performing the track on a beach interspersed with scenes of a girl training for and playing badminton.

The lyrics of ‘Lyra‘ are also perfect for the Love All Play anime, as they talk about the importance of not giving up on your dreams and aiming for “one day”, as one day hasn’t arrived yet.

Listen to ‘Lyra‘ by LONGMAN — the catchy Love All Play ending theme song — in the song’s music video, and on the Spotify player.

LONGMAN is signed to the Sony Japan record label, with ‘Lyra‘ coming out digitally on April 14th, as well as on their upcoming EP of the same name on May 4th.

The Love All Play anime is currently streaming on Crunchyroll.