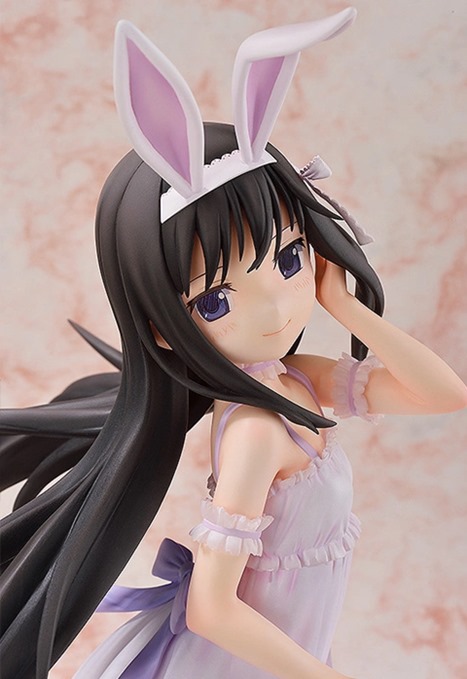 If you enjoy collecting more high-end anime figures, you may want to add one of the latest releases to your collection as she is stunning.

That is the Homura Akemi: Rabbit Ears Version figure — an utterly adorable anime figure that has tons of personality and is beautifully sculpted.

Sure, she comes with a higher price tag of $307.99, but she is still cheaper than many 1/4th scale figures and the detail included in her design is stunning.

The Homura Akemi: Rabbit Ears Version figure is by FREEing, and is currently up for pre-order on Good Smile. 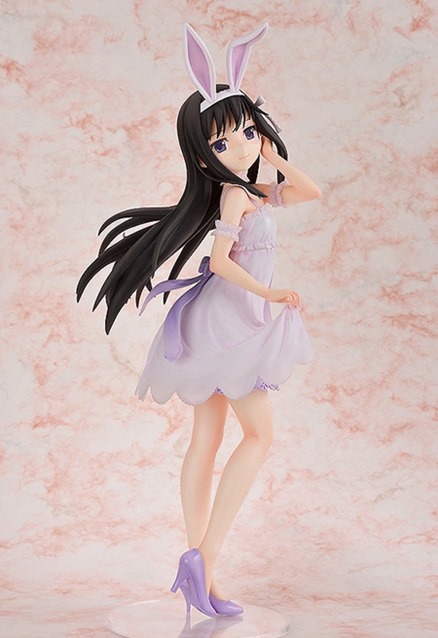 Homura, of course, is from the film ‘Puella Magi Madoka Magica The Movie -Rebellion-‘, which was released in Japan in late 2013. It then received a release in North America at the end of the same year.

But this Homura Akemi figure is even more adorable than usual, as she arrives wearing a beautiful dress and the cutest ever matching rabbit ears.

The figure was sculpted by Hiroshi (Sakurazensen), with the most wonderful attention to detail.

What with her delicate little hand held up to her face as she blushes slightly, the skirt of her lovely dress being held in the other hand and her right leg bent in a sweet pose. 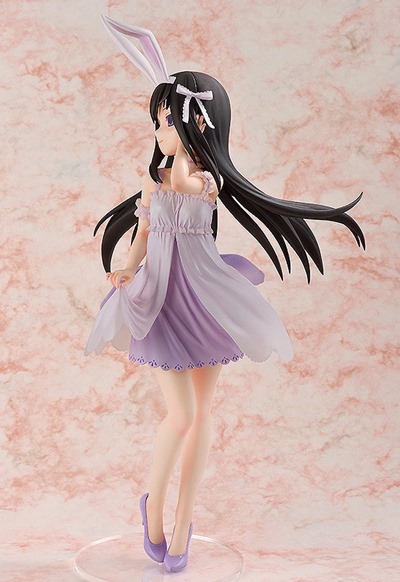 As for Homura’s specifications, she is a 1/4th scale figure that stands approximately 420mm (16.53 inches) in height, and comes with a stand.

The paint on the figure may be slightly different than shown in photographs, as each figure is partially hand-painted. One of the reasons for the higher price tag. That and her larger size.