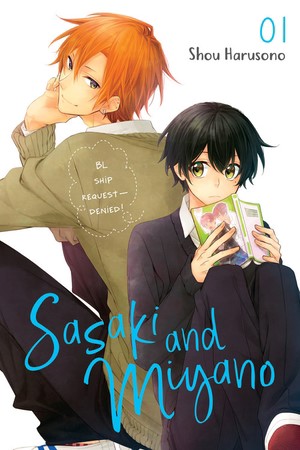 If you are as obsessed with the Sasaki and Miyano anime as I am, you might be thinking about buying the manga series the Boys’ Love anime is based on.


I know I was, which is why I have already bought it.

You probably also want to know how many volumes of the Sasaki and Miyano manga are in English currently?

Are there more volumes in Japanese, or have all the current volumes already been translated into English?

Here then is what you need to know, so you can start collecting the Sasaki and Miyano manga series as soon as you finish reading this. 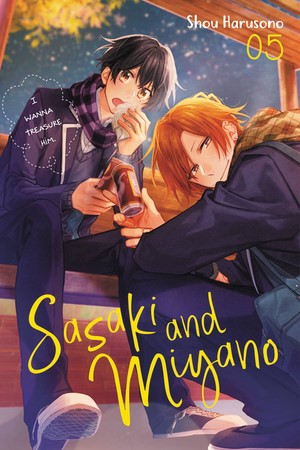 How many volumes of Sasaki and Miyano manga are in English so far?

The Sasaki and Miyano manga series is written and illustrated by Shō Harusono, and is available in both Japanese and English.

Thankfully, out of the eight volumes currently available in Japanese, six have already been translated into English, with Sasaki and Miyano Volume 6 coming out on August 23rd, 2022.

Related: When in the manga series does Miyano confess to Sasaki?

With the speed in which the manga is being published in English (five volumes published in 9 months), it shouldn’t be much of a surprise then to hear that Volume 7 is due for release on February 21st, 2023.

A little bit more of a gap than with the previous volumes, but still quite fast considering some Japanese manga have much longer between volumes when it comes to being published in English.

All of the English-language volumes of the manga are available via Yen Press, both in trade paperback and digitally.

Meanwhile, as far as the Japanese manga series goes, nine volumes are currently out with Volume 9 published on July 27th, 2022.

So, no, the manga series has not yet ended. Yay!

On top of that, if you are a fan of the Hirano and Kagiura relationship (and who isn’t?), a novel concentrating on their relationship was released in Japan in late 2018, and that will also be published by Yen Press on February 21st, 2023. 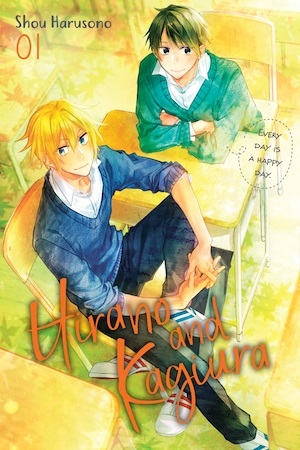 A spin-off Hirano and Kagiura manga series also has three volumes out in Japanese, with the first due out in English on November 22nd, 2022. (see cover art above)

Two other light novels in a Sasaki and Miyano: First-Years series have also been released in Japan, with the first volume in that series due out in the west via Yen Press on April 18th, 2023, and with the second heading our way on March 21st next year.

If you want to know how Kuresawa met his girlfriend, and why Miyano and Hirano are so close, you will definitely want to grab that one.

In other words, there is a lot more on its way from the Sasaki and Miyano world and, frankly, I couldn’t be happier about it.

And finally, just in case you loved the Sasaki and Miyano soundtrack as much as I did, that is now streaming via Spotify and, man, is it the loveliest thing.

Listen to that down below.