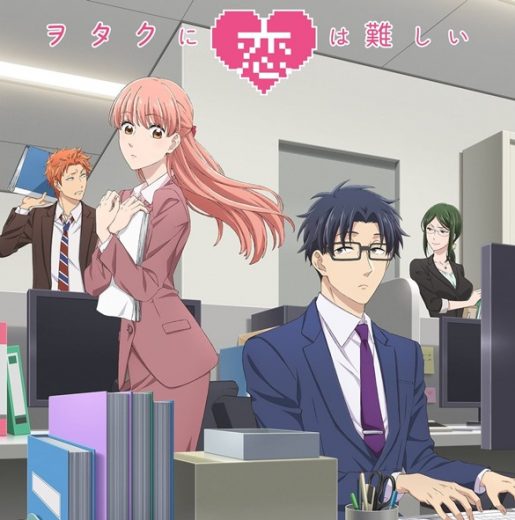 While the romantic comedy anime series Wotakoi: Love is Hard for Otaku is cute and funny just as a rom-com, it is also a brilliant intro into the world of the otaku — aka a person obsessed with manga, anime, cosplay and video games.

One of the best characters in the anime is protagonist Narumi Momose, the childhood friend and now-girlfriend of co-worker and fellow otaku Hirotaka Nifuji.

She is also a closet otaku and fujoshi, and, man, does she love otome games, Boys’ Love manga, 3D idols and cosplay.

But, considering she is a massive otaku, how old is Narumi Momose, and shouldn’t she have gotten over her otaku tendencies at her age?

How old is Narumi Momose from Wotakoi: Love is Hard for Otaku?

According to her profile, which showed up on Episode 1 of Wotakoi: Love is Hard for Otaku (see below), Narumi Momose is 26 years old and was born on May 3rd.

That makes her a Taurus.

Just in case, you’re interested, her blood type is Type A as well.

She is also the same age as her boyfriend Hirotaka. 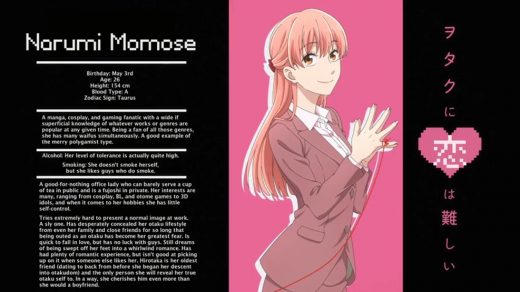 Shouldn’t Narumi be over her otaku tendencies at her age?

Um… no, and isn’t that out-dated thinking?

After all, things that a typical otaku likes — anime, manga, cosplay, video games, idols — are things people of all ages like, and things they tend to keep liking even as they grow older.

That means the average age of a typical otaku is also getting older.

Besides, who made the rule that these kinds of hobbies are only for younger people?

Because I would say the hundreds of millions of people of all ages worldwide who love the same things Narumi loves, including me, would beg to differ.

Being an otaku is also much more socially acceptable nowadays than it was even a decade ago, and even in Japan. Primarily because so many people now classify themselves as one.

In other words, good for Narumi continuing to involve herself in the things she loves. Because isn’t that what makes for a happy life for everyone?

Watch Wotakoi: Love is Hard for Otaku via Amazon Prime, and you’ll quickly see just how happy Narumi continues to be as her normal otaku self.