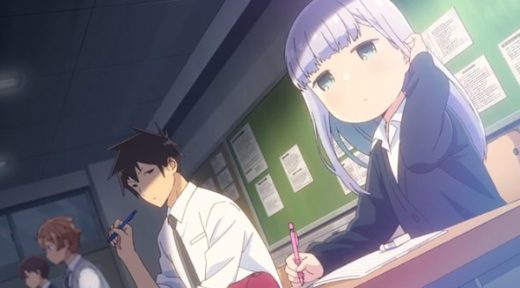 One of the things some fans of the new comedy anime series Aharen-san wa Hakarenai seem to be a little confused about is the age of protagonist Reina Aharen.

After all, the girl is teeny tiny — far smaller than her classmates, and very short compared to her friend Matsuboshi Raido.


So short in fact that, to some extent, she still looks like a middle-schooler or even like an elementary school student, and can easily be picked up by classmate Raido.

So, how old is Reina Aharen in Aharen-san wa Hakarenai? And is she much older than she looks, or is it possible she is still very young?

What is the age of Reina Aharen in Aharen-san wa Hakarenai?

One of the first giveaways about the age of Aharen-san is the grade she has just started in Episode 1 of Aharen-san wa Hakarenai.

After all, in Japan, students rarely skip grades so, it is almost impossible for her to be still extremely young yet currently starting the first grade of high school (the 10th grade of school overall).

Being in that grade also means Reina Aharen is 15-years-old, as students in the first grade of high school in Japan are never younger than age 15 when beginning the grade.

It also means Aharen-san is three years away from graduating from high school meaning that, despite her small stature, she is still quite close to being an adult.

So, yes, Aharen-san may be small, but she is still the same age as her classmates, including friend and class seat neighbor Matsuboshi Raido.

Watch Aharen-san wa Hakarenai on Crunchyroll. It is without any doubt the funniest anime of the Spring 2022 season.