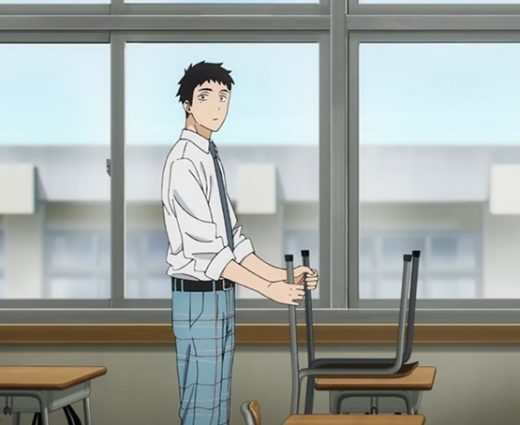 Because My Dress-Up Darling‘s Gojou is taller than anyone else in the currently airing anime series, including his grandfather, many fans want to know how tall he is.

After all, while the Japanese on average tend to be shorter than westerners, Gojou is obviously quite a bit taller than many people around him so he definitely stands out.


How much taller is Gojou than your average Japanese man then? Read on to find out.

How tall is My Dress-Up Darling‘s Gojou Wakana?

We know this as Marin asks him how tall he is in Episode 12 of My Dress-Up Darling when he is carrying her home from the fireworks. It is also mentioned in the manga.

A height that is not overly tall for a western man, of course, but extremely tall for a Japanese man as, in Japan, the average height for a man is 170.8 cm or 5 ft 7.2 in.

What is interesting about this, though, is many tall people end up hunching over so that they don’t tower over their friends and other people around them.

This often leaves them with a round-shouldered appearance.

Not in Gojou’s case, however, as even if he is a shy and retiring type of guy, he still stands up straight, as you’ll see throughout the anime.

READ: In what chapter of the My Dress-Up Darling manga does Marin tell Gojou she loves him?

Check out Gojou in the My Dress-Up Darling clip below, for instance.

Because, even when he is as embarrassed as hell to be in a lingerie store with Marin, he is still standing ramrod straight! Bless him!