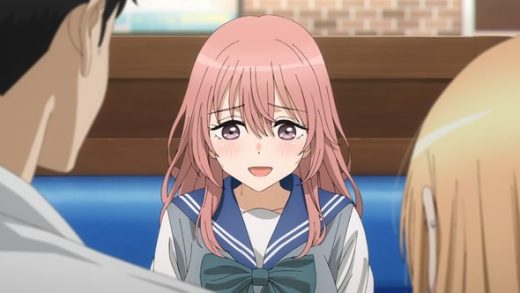 While the My Dress-Up Darling anime does have a long-ish cast of characters, most of the series centers around just four of them — Marin Kitagawa and Gojou Wakana as the two main characters, and Sajuna Inui (aka Juju) and her sister Shinju Inui as the supporting characters.

All are involved in cosplay in one way or another, with Marin and Juju as cosplayers, Gojou as costume creator/photographer, and Shinju as photographer and cosplay newbie.


But, while Marin, Gojou and Juju are in high school, Shinju is still in middle school. Even though she looks much older that her older sister Juju, due to her height and being more ‘developed’.

How tall is Shinju though, and what is her height compared to that of Gojou, who is also very tall for someone who is Japanese?

How tall is My Dress-Up Darling‘s Shinju?

The moment Shinju appears on the screen, it is obvious she is much taller than her older sister Juju — even while she is sitting down.

Her actual height is 178 centimeters, so over 5ft 10 inches tall but, as Juju’s height is never mentioned, we don’t know how much taller she is than her sister.

Compare Shinju’s height to Gojou, however,  as he is 180 centimeters or almost 5ft 11 inches tall, and he is around 3/4 of an inch taller than Shinju.

That means, not only is Shinju taller than the average Japanese man by approximately 7 centimeters or almost 3 inches, she is almost as tall as Gojou.

Consider too that, while we are never told exactly how old Shinju is, but being in middle school she is likely younger than 15-years-old, she could still become even taller before she has finished growing.