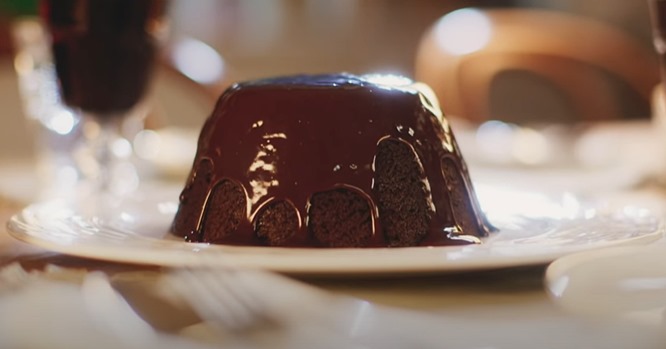 The first series of Mary Berry’s Simple Comforts is currently airing on BBC Two, with the iconic British cook and baker making simple comfort food that is easy to cook but absolutely delicious too.

What is so wonderful about Mary’s Indulgent Chocolate Steamed Pudding too is not just the taste, but also how ridiculously easy it is to make.

You literally just throw all the ingredients into a bowl, mix and cook.

Now, I don’t have an electric hand mixer, so I did mix everything with a whisk by hand but…it honestly made no difference at all, as it was still utterly gorgeous when my friend and I ate it for dessert.

And yes, we ate the entire thing between two of us! It was really that good.

As Mary herself said on her Mary Berry’s Simple Comforts, Series 1, Episode 6, “Winter Woodland” show  about her Indulgent Chocolate Steamed Pudding — “It looks a bit of alright, doesn’t it?”.

Now let’s get to how to make it.

Ingredients for the pudding

Now, I love a recipe with just a few ingredients, and this chocolate steamed pudding has just six of them.

Ingredients for the chocolate sauce

And that is how to make Mary Berry’s Indulgent Chocolate Steamed Pudding.

Honestly, it could not be much easier now, could it?

You can serve it by itself with thechocolate sauce, you could also omit the sauce and make a custard sauce if you wanted to do that. You could even serve it hot with the chocolate sauce and add a serving of vanilla ice-cream beside it.

The options for this pudding are many.