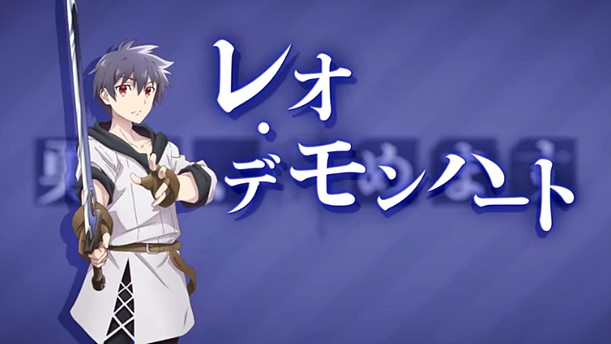 The anime adaptation of the I’m Quitting Heroing light novel series, written by Quantum and illustrated by Hana Amano, premieres next April.

Leo, of course, is the protagonist of the anime, so of course he gets the first character trailer. And it’s cute!

As the video hosted by Lili (Hitomi Owada) points out, Leo is being voiced by Kensho Ono (Canute in Vinland Saga).

He is also the guy who is super super strong, but who is now working at the Demon Queen’s Castle (undercover, so sshhhh, don’t tell anyone!). The same Demon Queen he defeated. Yikes!

Kadokawa has this to say about its plot:

After saving the world, the strongest hero Leo became someone who is not wanted in the peaceful human world. He was too strong. Exiled, he seeks a job at the Demon King’s Army, which he had defeated and needs to be rebuilt.

The Army had many problems: too much work, financial troubles, etc. Leo starts to make things better using his power. Leo encounters Echidna again, and asks her why she invaded the human world. There was an unexpected story…!

Watch the just released Leo Demonheart character video below, and look out for videos on some of the other characters that are likely coming soon.