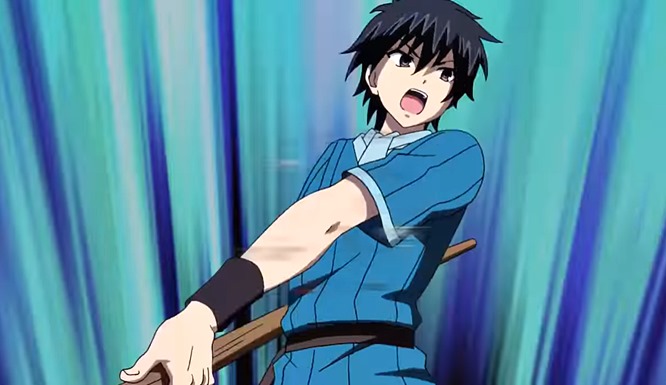 Because the track is a high-energy song that gives you a feeling of both approaching excitement, but also a little bit of dread.


Something Yotsuya Yuusuke, Shindou Iu and Hakozaki Kusue know all too well when it comes to completing quests correctly, while making sure they don’t get themselves or one of their friends killed.

The lyrics of ‘Anti world’ by Kanako Takatsuki are also well-written, and fit the premise of the anime series and the three main characters well:

We who carry loneliness can become stronger together
Even if the unreasonable today continues,
The flame of life will not go out

In other words, ‘Anti world‘ was an easy one to add to Leo Sigh’s Best Anime Songs list, to sit alongside the closing theme song for the series, which I chose for it last week.

I’m Standing on a Million Lives is a new isekai anime series that, quite surprisingly, I found both funny and refreshing.

Especially as it is the two girls from the trio that seem to have a bit more of a clue than protagonist Yuusuke. At least in the first couple of episodes.

The anime is directed by Kumiko Habara (12-sai.: Chicchana Mune no Tokimeki), with Takao Yoshioka (Horimiya, The Familiar of Zero) responsible for scripts, Eri Kojima and Toshihide Masudate as character designers, and Ken Ito (Handa-kun) in charge of music composition.

‘Anti World‘ singer Kanako Takatsuki both provides the opening theme song for the anime series and plays the voice of Majiha Purple. She has also performed theme songs for Love Live! Sunshine!! and Vlad Love in the past.

Listen to the I’m Standing on a Million Lives OP — ‘Anti World’ by Kanako Takatsuki — in the anime’s opening sequence below.

You can watch I’m Standing on a Million Lives on Crunchyroll.