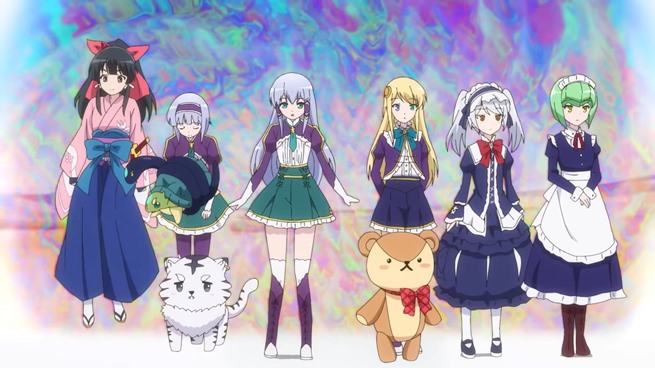 To prove just how long ago Season 1 of the isekai anime In Another World With My Smartphone came out, it turns out it was one of the first three anime series I ever watched.

Yep, July, 2017 was the premiere date of the fantasy comedy, meaning it took the production committee more than five long years to get around to Season 2.


That season is now on its way though, with In Another World With My Smartphone Season 2 finally confirmed to be premiering in 2023.

A key visual for the anime has also been released today, along with the first In Another World With My Smartphone Season 2 trailer and, yep, it looks the second season will be just as funny and cute.

If you watched the first season of the anime, you will remember it follows Touya Mochizuki, a teenager who is accidentally killed by God.

Due to his mistake, God allows him to be reincarnated in a fantasy world, and grants him a wish in apology. That is when Touya asks to be able to take his smartphone with him (yep, he’s a typical mobile phone addicted teen), which God modifies so that it is useful in his new world.

When he gets there, though, Touya quickly finds himself becoming the center of attention, with tons of really cute girls desperate to snag him.

Soon, Touya is together with fiancées Yumina, Leen, Yae and the twins, Linze and Elze and enjoying a new life that is, unsurprisingly, a lot of fun.

What can we expect in In Another World With My Smartphone Season 2?

Don’t forget though, Episode 12 of season one ended with us finding out Dr. Babylon predicted Touya would end up with nine fiancées.

That means, with just five fiancées showing up in the first season, we are bound to meet the final four in the second. (They are, by the way, Lucia, Sakura, Hilde and Sue.

And yep, all four of them are featured on the just released In Another World With My Smartphone Season 2 key visual, along with the first five girls.

In Another World With My Smartphone is based on the light novels written by Patora Fuyuhara and illustrated by Eiji Usatsuka.

While Season 1 was directed by Yuuji Yanase, the new season is being directed by Yoshiaki Iwasaki (Monster Girl Doctor).

Series composition is by Deko Akao (The Case Study of Vanitas), with character designs by Chinatsu Kameyama (key animator for Words Bubble Up Like Soda Pop), who is also the chief animation director.

In Another World With My Smartphone Season 2 will premiere in April, 2023. Watch its just released first trailer below.