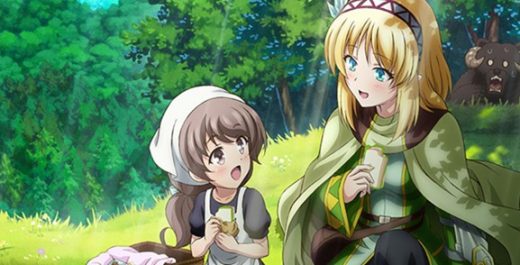 The In the Land of Leadale manga Volume 1 is now available in English for the first time, and available for purchase via Yen Press.

The first volume of the fantasy manga series follows on from the Yen Press release of the original light novel series written by Ceez and illustrated by Tenmaso.

The light novel series has been available in English since October, 2020.

According to Yen Press, the plot of both the In the Land of Leadale manga (aka Leadale no Daichi nite in Japanese) and the light novel series goes like this:

When Keina Kagami’s life support accidentally gets cut off, she suddenly finds herself in the body of the high elf Cayna, her avatar in the VRMMORPG known as Leadale.

But two hundred years seem to have passed from when she last logged in, and as she seizes this second chance at life in a world both familiar and strange, she’ll have to figure out for herself just how much has changed in all that time…

Many anime fans will, of course, be familiar with the plot, as a 12-episode anime adaptation of the light novel series was animated by Maho Film, and aired between January 5 to March 23, 2022.

You can grab the In the Land of Leadale manga Volume 1 via Yen Press in either trade paperback or digital download format now.

The second volume in the manga series will be published in September. Four volumes have been published in Japanese so far.

And, of course, watch the anime series via Crunchyroll.