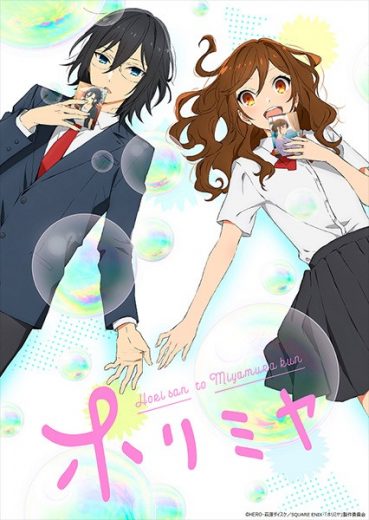 When high school students Kyouko Hori and Izumi Miyamura start to become friends in Horimiya, neither of them thinks about being in love with the other.

After all, Hori is busy taking care of her little brother and the house, as her mother works so much, while Miyamura has never had any friends before. Let alone a girlfriend.


But it isn’t long into this wonderful romantic comedy anime when Hori realizes she’s in love with Miyamura.

What episode does that happen in?

In what episode does Hori realize she’s in love with Miyamura?

I was actually surprised at how fast this happened, as I expected the romance between Hori and Miyamura to take longer to develop.

But, by Episode 3 of Horimiya, Hori has realized she is in love with Miyamura.

This begins to happen as her younger brother, Souta, tells Hori she will miss Miyamura if he ever stops coming around.

But, it really hits Hori how much she cares about Miyamura when, in the middle of Episode 3, ditsy Remi Ayasaki asks her if she is dating Miyamura.

When she says she isn’t, Ayasaki replies “Good. Well, then I’ll take him”.

Hori immediately tells Ayasaki “No, you can’t have him”, and when Ayasaki says “Well, you’re not going out with him, so he’s mine”, Hori becomes angry and shouts at her, “I will never give Miyamura to you. Not EVER”.

Later the same day, Hori and Miyamura are at Hori’s house watching horror movies on TV and comparing the size of their hands. 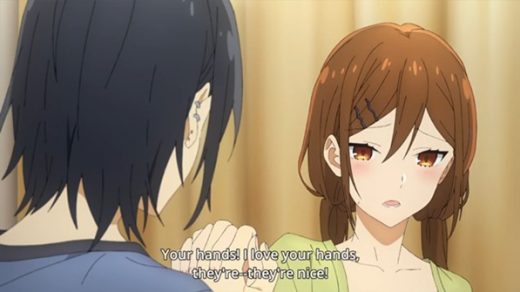 As they hold up their hands against each other, Hori grabs Miyamura’s hand and begins to say “I love you”, then quickly changes it to “I love your hands”.

Miyamura replies that he loves her hands, and then says “I love you”, and Hori replies, “Yeah, I heard you”. But, at this point, they both seem to think he meant her hands.

Later in the episode, their friend Toru tells Miyamura that Hori is in love with him, but Miyamura doesn’t believe him and the two boys get into a silly fight.

So, yep, Episode 3 of Horimiya is when Hori realizes she’s in love with Miyamura.