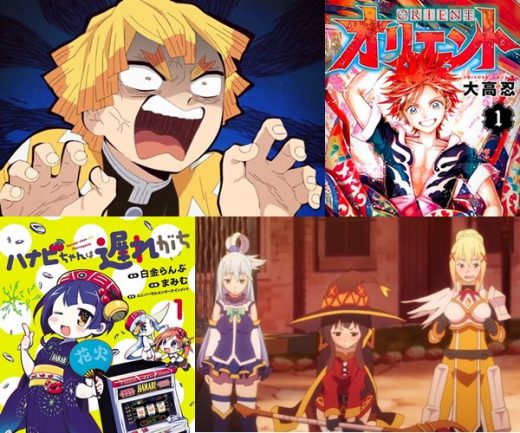 While increasing Japanese anime and manga sales around the world have caused those industries to skyrocket in international revenue in recent years, it still appears they cannot save Japan’s economy from South Korea and Taiwan’s higher productivity.

Productivity that has been highlighted in a recent study by Tokyo-based research institute the Japan Center for Economic Research (JCER) as the main reason why Japan’s gross domestic product (GDP) per capita will be overtaken by South Korea in 2027, and by Taiwan a year later.


The JCER highlights Japan’s obsession with fairness over efficiency causing low-productivity, its lack of digitalization in many industries, and its continued use of outdated products like fax machines and hanko seals.

Combined with Japan’s decreasing population, even popular Japanese industries like anime and manga and their increasing popularity around the world, will not prevent the country from falling behind its neighbors.

Regardless that international anime sales grew by 3.2% in 2020, for sales worth 1.24 trillion yen, and manga saw its most successful year internationally in the same year with $250 million in sales in the United States alone.

If the JCER is correct, this will mean a $912 higher per capita GDP in Korea compared to the projection for Japan, and $862 more in Taiwan.

This would not cause Japan to fall from its current place as the world’s third largest economy, however, as the populations of both South Korea and Taiwan (51.78 million and 23.57 million) are still markedly lower than Japan’s current 125.8 million.

What is interesting, however, is that while Japan’s low birthrate and aging population are partially to blame for the country’s projected GDP decline, South Korea and Taiwan have the same problem but are not expected to have the same outcome.

South Korea and Taiwan embrace technology at a much faster pace than Japan, allowing those countries to increase their productivity, even as their population decreases.

Meanwhile, under the same projection, China is expected to slightly surpass the United States by 2033, making it the world’s biggest economy.

But, as China is also suffering from a decreasing population, under current conditions the country is only expected to remain in the top spot for just over 20 years, before the United States’ economy will once again surpass it in 2056.