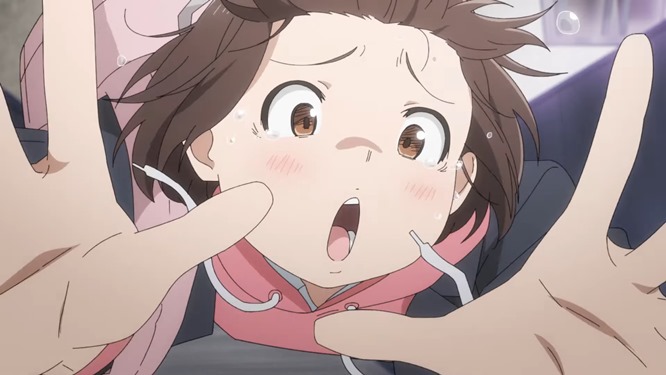 A creditless opening animation has been released for the brand new anime “Ippon” Again! which kicked off today on HiDive, including the anime’s opening theme song — ‘Stand By Me‘ by Subway Daydream.

The “Ippon” Again! creditless opening animation features all five of our main girls — Michi, Tsumugi, Anna, Towa and Sanae — doing their best in both judo competitions and in their friendships.

Subway Daydream also released their official music video for the song, which has the alt-rock band members performing the song interspered with clips of them skateboarding, cycling, running, clowning around and generally being way more energetic than me.

“Ippon” Again! (aka Mou Ippon!)is based on the manga by Yu Muraoka.

It is directed by Takeru Ogiwara (Director of Photography for The Perfect Insider), with series composition by Aya Satsuki (the upcoming Too Cute Crisis) and character designs/chief animation direction by Airi Takekawa ( the upcoming Turkey!).

Bakken Record (Pandora to Akubi) is the studio in charge of anime production.

Overall, most of the production team members of “Ippon” Again! are less experienced than those of many other anime but, from how cute the first episode is at least, it certainly doesn’t show.

As for the plot of “Ippon” Again!, it follows new high school student Michi Sonoda who has vowed to stop participating in the judo she once loved, as high school doesn’t allow enough time for it.

But, after meeting Towa, one of her previous rivals in judo competition, she is persuaded to help her found a judo club at their new school.

Watch the “Ippon” Again! creditless opening animation below, and check out the first episode of the anime via HiDive.

One episode in and, if you enjoy a cute slice-of-life with funny, sweet girls, this one really does show promise.