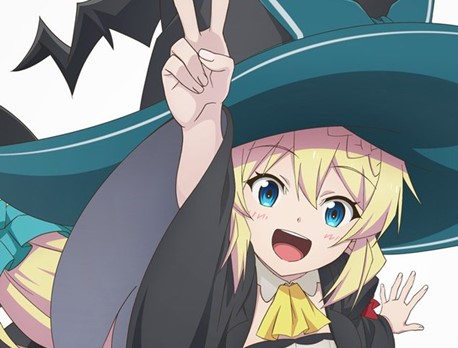 Season 1 of the extremely cute and funny I’ve Been Killing Slimes For 300 Years And Maxed Out My Level finished back in June, and many of us have been waiting for a Season 2 announcement ever since.

The I’ve Been Killing Slimes For 300 Years And Maxed Out My Level anime is based on the isekai light novels by Kisetsu Morita and Benio.

The novels, and the anime series, tell the story of Azusa Aizawa who, after many years almost killing herself for a corporation, suddenly dies.

But Azusa is soon reincarnated in another world, and with the gift of immortality.

For 300 years, Azusa spends most of her time alone, tending her farm garden and killing 25 slimes a day. After 300 years though, she suddenly discovers those daily slime deaths have caused her to max out her levels.

Afraid for people to know she is a Level 99, she tries to hide it as she enjoys her relaxing life, and doesn’t want to be called to fight.

But, as more and more people find out, and come to her for help in fighting all kinds of menaces, Azusa begins to realize life is better with other people than living it all alone.

With the I’ve Been Killing Slimes For 300 Years and Maxed Out My Level Season 2 announced today, we now have even more wonderfully fun episodes to look forward to.

No news yet, though, on when we can expect Season 2 to air, just that it’s in production.

Meanwhile, check out the cute new I’ve Been Killing Slimes For 300 Years and Maxed Out My Level Season 2 promotion graphic featuring the adorable Azusa.

And, if you haven’t watched the isekai anime series yet, do, as it is very entertaining.

You can watch the first episode of Season 1 in the Crunchyroll video below and, of course, see the whole first season on Crunchyroll too.