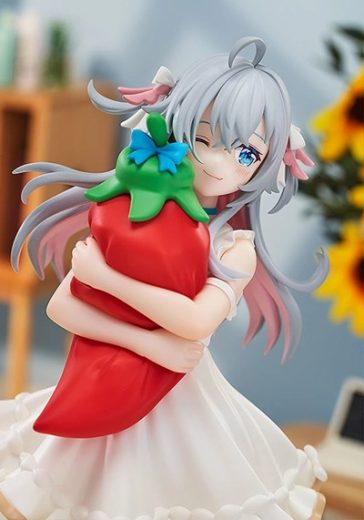 The Japanese virtual YouTuber and illustrator Kagura Nana is getting a Pop Up Parade figure, and she couldn’t be more adorable.

The figure is on pre-order now but, unlike most Pop Up Parade figures that ship around four months after pre-order ends, this one will not ship until September, 2022. So you will have a bit of a wait.

The Kagura Nana Pop Up Parade figure has been sculpted by Hoshinoyi, and stands around 18 centimeters in height.

She is wearing a gorgeous short pearl-white dress, trimmed with gold ribbon, is barefoot and wearing her stereotypical ribboned-garter on her right thigh.

Standing on one foot, she has her right leg raised up and is hugging a bright red pepper pillow, as her long grey and pink hair flows around her face.

In other words, the Kagura Nana Pop Up Parade figure is incredibly cute indeed. 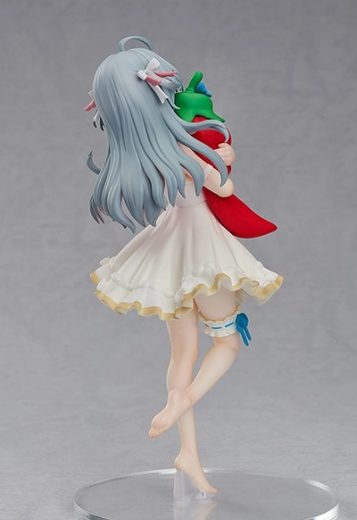 The pre-order period for the figure at Good Smile Company U.S. runs from now until Wednesday, January 19th, 2022  at 23:59PST, and can be shipped to the United States or Canada.

If you live anywhere else, you will have to order Kagura Nana through Good Smile Japan, whose pre-order runs until Thursday, 20th January, 2022 at 12:00JST. 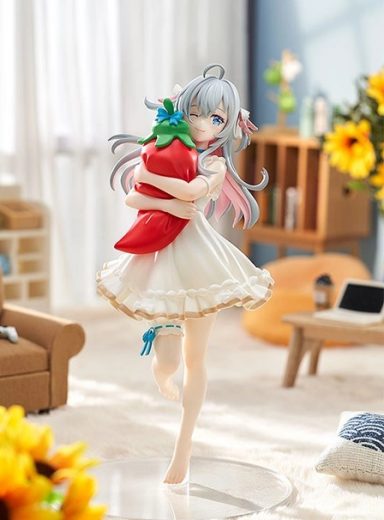 Be aware too, Good Smile is warning the figure will not stand up on her own due to the position she has been sculpted in (standing on one tip-toe), so you will need to use the included stand when you get her.

Meanwhile, if you are a fan and haven’t seen Kagura Nana’s English message to her non-Japanese speaking fans, watch it below. She is so ridiculously giggly and sweet.