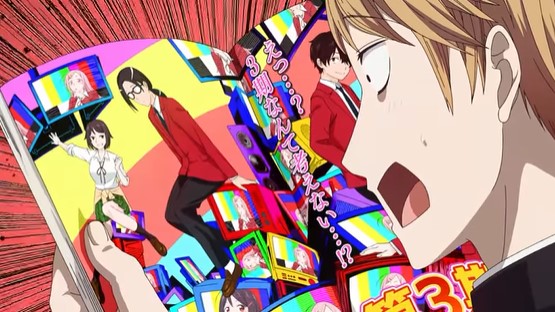 Fans of the romantic comedy anime KAGUYA-SAMA: LOVE IS WAR will be thrilled to hear a third season is on its way.

Called KAGUYA-SAMA: LOVE IS WAR -Ultra Romantic-, Season 3 of the popular anime not only got a cool visual, but also a release date, and a 10-MINUTE long trailer today.

Unfortunately, as is often the case with so many Japanese anime production companies, even in 2021, that KAGUYA-SAMA: LOVE IS WAR -Ultra Romantic- trailer does not have English subtitles.

And that leads me to my frustration, annoyance and, yes, anger with so many Japanese anime production companies who are more than happy to accept the money they make in the west from the anime they release.

But, when it comes to providing their western fans with English sub-titles, so they can enjoy the promotional videos for upcoming shows and movies just like Japanese fans can, companies like Aniplex are often sadly lacking.

Now, I lived in Asia for over 15 years and I can 100% guarantee it takes no time and not that much money to get a native English speaker to translate a video into their own language, if they cannot find a Japanese translator to do it (and I don’t believe for half a second the latter is true).

That Aniplex cannot be bothered to spend the time or money for western fans who love KAGUYA-SAMA: LOVE IS WAR, and who promote the show as much as they do then, is sad. 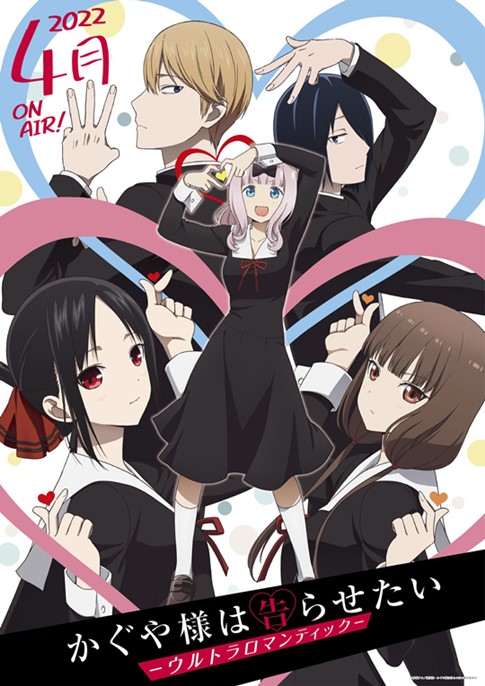 Then again, it’s Aniplex. A company that also charges more money for their Blu-ray and DVD releases than any other anime distributor on the planet.

So…why am I surprised?

As for the KAGUYA-SAMA: LOVE IS WAR -Ultra Romantic- trailer, while it looks cool, I gave up watching a minute in as I don’t understand it.

The new visual (see above) is fun though.

KAGUYA-SAMA: LOVE IS WAR -Ultra Romantic- will premiere in April, 2022.

Hopefully, Aniplex will have their act together enough to make sure the actual episodes have subs in a language we can understand.

Edit: A couple of days after I had my outburst about the lack of English subtitles on the new KAGUYA-SAMA Season 3 trailer, Aniplex kindly obliged and added them.

Hey, maybe there is hope for them yet! 🙂