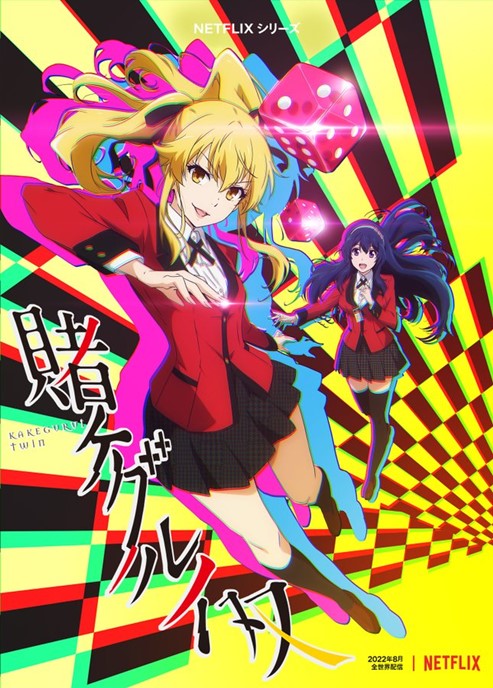 The Twitter account for Netflix Japan Anime has just announced a new spin-off anime series is coming to the world’s most popular streaming service next year and, man, are Kakegurui fans going to be excited. (See tweet below)

That’s because Kakegurui Twin is a spin-off of the hit Kakegurui series, and centers around then new transfer student Mary Saotome (remember her?).

A student who arrives at Hyakkaou Private Academy desperate to fit in, learns how important the gambling system is at the school, and not only adapts to it but quickly learns how to control it.

Of course, as we now all know, Mary eventually becomes one of the most gambling addicted students at Hyakkaou Private Academy.

Now we get to see how it all started, as she combines her skills with those of Hanatemari Tsuzura and the pair soon take over a gambling den.

In other words, if you are one of those Kakegurui fans obsessed with Mary, Kakegurui Twin will certainly be your cup of tea. 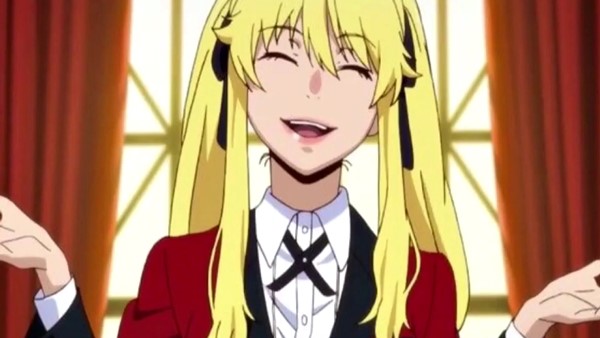 Kakegurui Twin takes place a year before the events of the main story, and is based on the manga series written by Homura Kawamoto and illustrated by Kei Saiki.

It is both a spin-off and a prequel to the story many of us so love, and has already inspired a live action series that streamed on Amazon Prime earlier this year.

MAPPA is again in charge of anime production, and voice actress Minami Tanaka has confirmed she will be reprising her role as Mary Saotome.

No word yet, though, on script supervisor, character designer or other cast. Hopefully, they will all be the same folks from the original series, as it would be difficult for anyone else to repeat that level of fabulousness we have all grown to love.

Kakegurui Twin is currently scheduled to release on Netflix in August, 2022. We will keep you posted as more information is released.

Check out the first Kakegurui Twin key visual above. Considering it features both Mary Saotome and Homura Kawamoto, it is probably safe to say we will be seeing a lot of both of them in it.