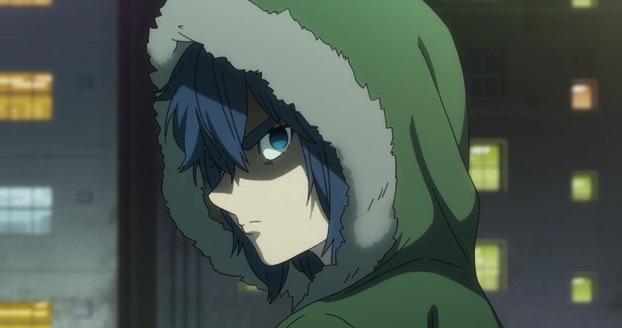 This Kemono Jihen Episode 10 “Twins” recap begins with an unknown man walking through Tokyo and bumping into a group of men.

The men corner the first man in a dark alley and ask for his money in compensation for bumping into them. In response he asks them if they know where Inugami lives. When one of them responds that he doesn’t know, the first man freezes him into a solid block.

Meanwhile at Inugami’s, Akira’s plushie has split open and Akira is upset as he thinks it looks like his brother Yui.  Inugami tells Kabane to ask Mihai to stitch the plushie as the server he plays games on is down, so he has nothing to do.

When Mihai has stitched it and given it back to Akira, the plushie, called ‘Big Brother’, suddenly talks. Mihai then tells Akira he added AI to the toy, so he can have a conversation with it. 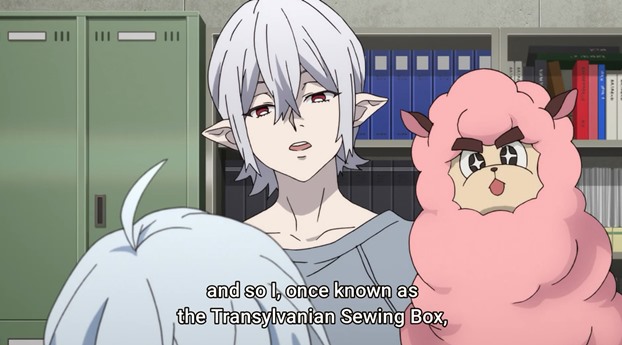 Although Akira is thrilled he can talk to his plushie, it also causes him to wonder what happened to his brother.

In a flashback, the two boys are playing in the snow when a woman roughly takes them back home and warns them not to go out in the snow. “If you died, what would happen to our village?”

It is then explained the two brothers are ‘yuki-onoko’ — male twins born in the village every 100 years — and all their needs are taken care of by the women who run the village. Not only their needs, however, but they are also watched so they cannot leave.

Back at Inugami’s and Akira, Kabane and Shiki are given a new job. This time to separate sand particles from the remains of a Sandman who died at the beach and who got mixed up with the sand.

As they are wondering how to separate the Sandman from the sand, Akira falls onto the bags. Then he makes instant noodles for Kabane and Shiki but forgets to plug in the kettle so the noodles are cold. Later he breaks a vase, accidentally lets two cats out of a cat carrier and drops a bowl of noodles.

After all these accidents, Shiki becomes angry and shouts “Being merely useless would be one thing, but stop making more work for us!”.

When Akira gets upset, thinking he can make things better Kabane tells him “It’s okay. You being useless isn’t something that just started, I just think that’s the way you are”.

This upsets Akira even more so he leaves a note telling them “I’m sorry I’m good for nothing”, packs his belongings and leaves. 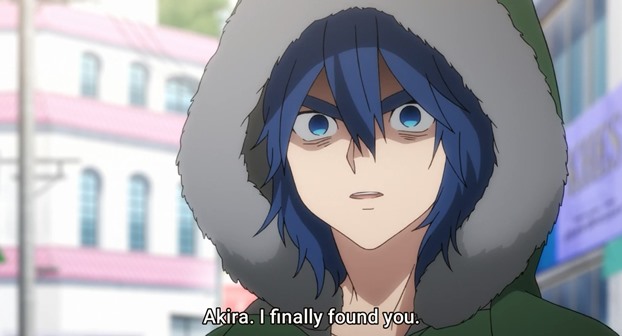 As he is walking around Tokyo and asking his plushie where he should stay, the unknown man from the beginning of the episode walks by. Akira turns towards him and the man turns back towards Akira. It is at that point Akira realizes the man is his lost brother Yui.

In another flashback, the two brothers are in their snowy village and find a backpack that has been dropped by a human. Among the things in the backpack is a magazine with photos of Tokyo in it.

In bed, the two boys talk about Tokyo and Yui says he heard the women talking about a man called Inugami who runs a Kemonoist office in Tokyo.

When Akira asks if he thinks Inugami would be good to them, Yui replies “I don’t know, but it would be better than staying here for the rest of our lives”. It is then they decide to go to Tokyo.

Back in the present day, and Akira is happy he has found his brother. As they are walking, Akira buys Yui a crepe because they saw one in the magazine but, when he says he only had enough money to buy one, Yui tells him to eat the crepe himself.

At Inugami’s Kabane and Shiki have separated the Sandman from the sand and are sitting around with nothing to do. When Kabane says they can call Akira to see if he has any ideas, Shiki says it’s too much hassle.

That night Akira and Yui are looking for a place to stay but are now in the woods. 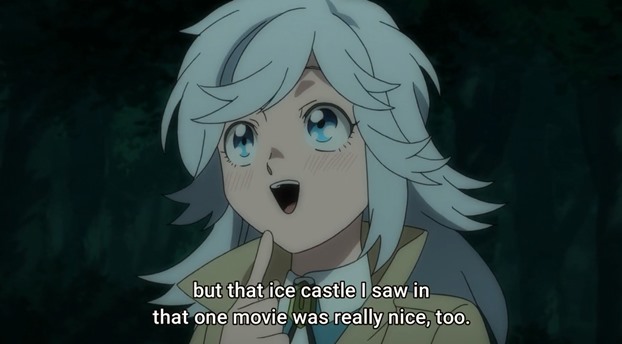 Yui asks Akira what kind of house he would like to live in and Akira replies he liked the ice castle he saw in a movie. Yui immediately builds him an ice castle by shooting ice out of his hands.

Akira runs through the castle saying everything is amazing but, as he tries to take photographs for his social media, Yui grabs his phone, turns it into ice and steps on it.

Yui then tells him he is going to look for food and leaves, locking Akira in the castle alone.

Kabane and Shiki are making dinner, but discover they cannot cook. Shiki gets angry because Kabane explains why the food is inedible. He tells Kabane he will eat the burnt food himself and that he should go and buy his own food, so Kabane heads to the store.

On the way back he realizes, without Akira around he doesn’t know how Shiki is feeling and that, when Akira is there, he and Shiki don’t fight.

Back at Inugami’s he tells Shiki he has realized Akira is useful, and that he thinks they should find him. The problem is they do not know where to look.

As they are talking, Inugami sees a photograph of an ice castle on social media. The ice castle has suddenly appeared in the middle of a forest and the news media are already there.

Inugami, Kabane and Shiki rush to the forest as Mihai has put a GPS locator in Akira’s plushie, so they know that is where he must be.

As they arrive, Yui walks out of the castle and a reporter asks if he is the owner, but Yui replies “Polluted”.

The reporter is shocked but, before she can say anything, Inugami fires his gun at Yui so that the news media and the crowd that has gathered run away.

He then tells Kabane and Shiki he has no choice but to let Inari handle the problem, which unfortunately means he will have to call in his only favor with her.

But as he looks at Yui’s arm, he notices it isn’t bleeding but is made of ice instead. It is then Inugami realizes Yui has more power than he should.

A large glowing, icy snowflake appears on Yui’s chest with a stone in the middle of it. Kabane says it looks like his own lifestone, but Inugami tells him it is “The Nullstone” and that it brings about death.

He then explains it was created to destroy and revive a barren land. 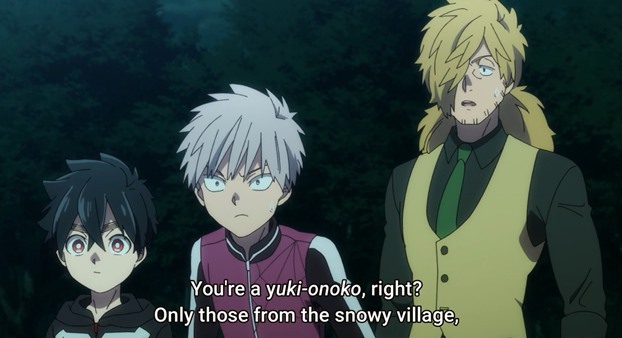 Inugami asks Yui, “You’re a yuki-onoko, right? Because only someone from the snowy village can control the Nullstone — which is never supposed to leave the village.”

He then asks Yui what is happening at the village. Yui replies he doesn’t have to answer that, but that he owes Inugami his gratitude for taking care of Akira.

At hearing Akira’s name, Shiki asks if Yui is his brother. In response, Yui sends a shower of ice directly towards Inugami, Kabane and Shiki and then asks “What are you to Akira?”

Kabane replies “His friends”, and tells Yui Akira ran away because of them, and that they are there to take him home.

In the castle, Akira’s plushie has shown him how to access social media and he sees the photographs of the ice castle that are now trending.

He then wonders what is wrong with Yui, as he would never have locked him up before.

His Big Brother plushie tells him there is an abnormal reading in Yui’s life signs and the temperature around his heart is abnormally low. This may be affecting his mental condition.

Yui appears and tells Akira the furnishings he wants have arrived. But, when Akira goes downstairs to look, he finds Inugami, Kabane and Shiki — frozen.

Watch Kemono Jihen on Funimation. You can read recaps of every other episode of the first series on Leo Sigh.