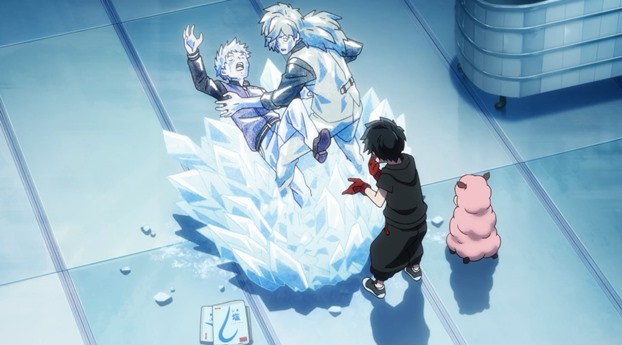 The Kemono Jihen Episode 11 “Memories” recap begins with Akira realizing his friends have been frozen by his brother, and being very shocked.

Yui then leaves the ice castle to get some mint for Akira, and Akira begins to cry as he thinks his friends have died. But his Big Brother plushie tells him not to worry as they are still alive.


Akira then looks for a way to unfreeze them. 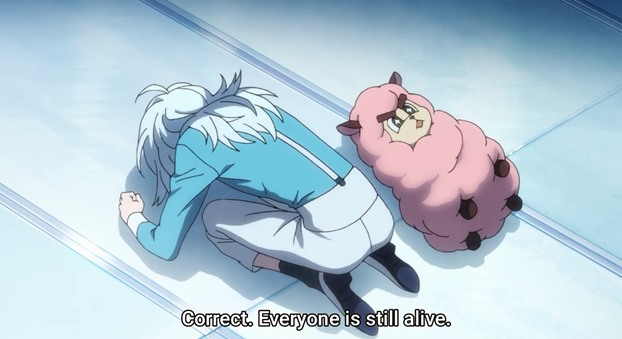 Akira remembers Kabane doesn’t die. Big Brother tells him one of Inugami’s transformations may have saved him and Shiki.

In a flashback, Yui remembers being made the snowy village’s chief instead of Akira, and that is when he learned about the Nullstone.

Back at the ice castle, Akira asks Yui for salt and tells him he likes it in his bath. As Yui leaves, Akira realizes not only has he been naive but that he is probably the only one that can stop Yui.

Meanwhile, Inari and Nobimaru arrive outside the ice castle, and Inari tells Nobimaru it is obvious the Nullstone is in the vicinity as it feeds on life. 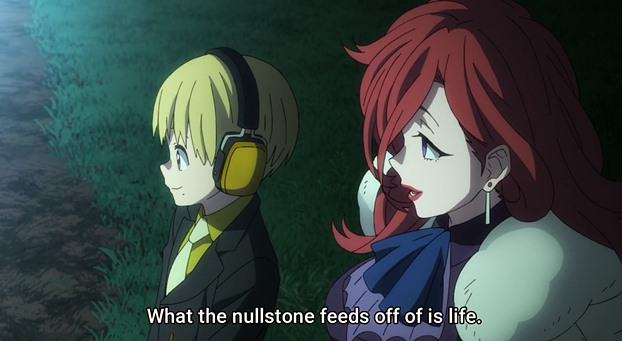 Inside the ice castle, as Akira is becoming frustrated that he cannot unfreeze his friends, Kabane suddenly manages to unfreeze the top half of his bed, which breaks off from the rest of him and ends up on the floor.

He then regenerates his legs, and asks Akira about the Nullstone. Akira thinks it is the thing that creates the snowy barrier, protecting the village from anyone outside.

Kabane apologizes to Akira for saying he is useless, and tells him he has realized there are many ways to be useful. For instance, he and Shiki get along better when Akira is there. He asks Akira to come back to the office.

Akira becomes angry and tells Kabane he has no idea who he is. He then lies and says it was he who asked Yui to freeze them. Kabane asks him why he is lying, but Akira insists he has always felt the same, and that he just wants a quiet life with Yui. Then he tells Kabane he hates him.

At that point, Yui arrives back and tries to refreeze Kabane, but Akira jumps in front of him and tells Yui he doesn’t care what happens to Kabane, Inugami and Shiki, he just wants to leave the ice castle with Yui and go somewhere else.

He tells Yui to leave the salt as he no longer needs it, and he and Yui leave.

Left in the ice castle, Kabane is stunned until Big Brother calls to him from the floor where he has been left, asking him to help him finish Akira’s unfinished tasks. Big Brother shows Kabane how to unfreeze Inugami and Shiki. 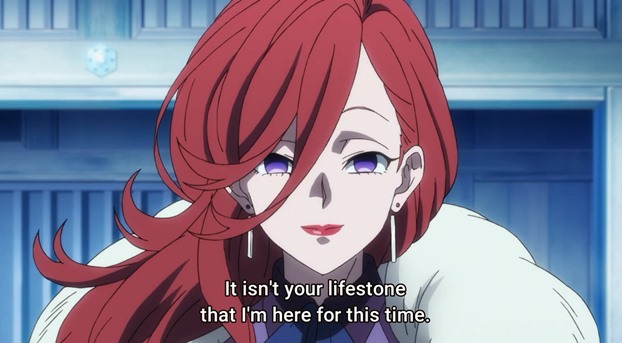 While the two are starting to thaw, Inari appears inside the ice castle but tells Kabane he doesn’t need to fear her, as she doesn’t want his lifestone. Instead, she wants the Nullstone and asks if he will help her get it.

She tells him he should as the Nullstone is connected to Kabane’s parents.

Now in the woods, Akira reminds Yui it is a long time since they walked together.

In a flashback, the brothers are walking in the village and Akira asks Yui if he can help him be chief. But Yui replies he is good at coping with pain, whereas Akira is good at smiling, and that it is his smile and pure heart that helps Yui get through everything.

Akira responds he isn’t clean as he peed the bed that morning. When Yui asks him if he was sure it was pee, he then realizes the women will be more interested in Akira now he has ‘become a man’, and that he must get Akira out of the village.

So Yui gathers all the women and begs them to let Akira leave the village. If they do not, he will kill himself.

The women agree but Yui hears them discussing sending someone to follow Akira and kill him.

Yui is furious and rushes to one of the women to kill her, but he is captured and tied up as the woman tells him they never promised to save Akira’s life only to let him leave the village.

Yui breaks free and, with his arms tied behind his back, escapes the village.

Back in the present day, Akira and Yui are in the woods and Yui hears someone coming so he creates an ice cage and locks Akira in it. 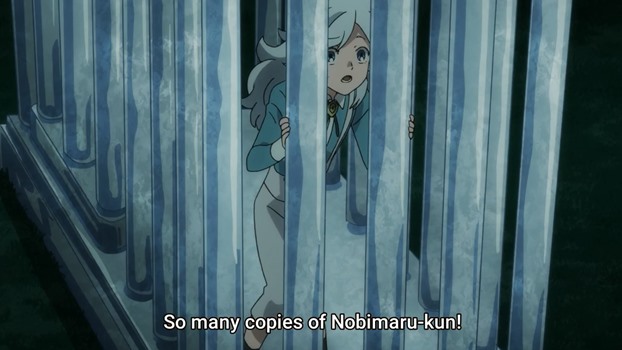 In a tree, Nobimaru looks down on the caged Akira and jumps down to save him, but Yui freezes his foot as he jumps. Nobimaru then readies himself to use his flames to free Akira and set Yui on fire.

At the ice castle, Inari tells Kabane the Nullstone might help her learn more about his parents, but Kabane says he cannot leave Inugami and Shiki still frozen.

Big Brother then says “Go ahead, we’ll be fine, as Inari isn’t going to act against us”, and explains it is a message from Inugami via the plushie’s brainwaves. He adds he is counting on Kabane to save Akira.

Back in the woods, and Nobimaru has created many copies of himself, all fired up with fire and all targeting Yui, but Yui quickly kills them all.

The episode ends with Kabane rushing to save Akira.