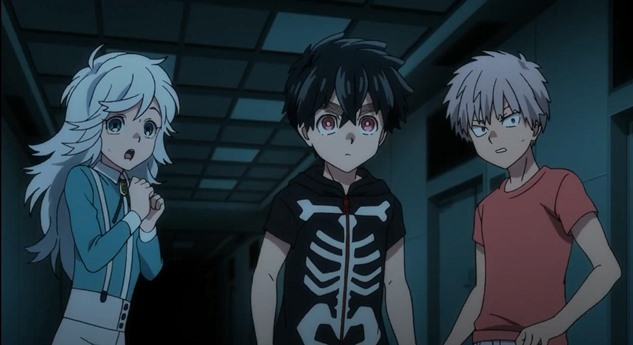 The sixth episode of the Kemono Jihen anime carries on from Episode 5 with Kabane, Shiki and Akira still at the Bug Bite Electronics factory.

As the episode begins, Shiki is paralyzed with fear as the mosquito Kemono looms over him and Kabane and Akira are rushing to where Shiki is trapped.


On the way, however, the two are stopped by another of the mosquito sisters.

Meanwhile, Mihai is telling Shiki via the Magnum car that mosquitoes have something in their saliva that allows them to numb pain. That means, when the mosquito Kemono bites him, he will probably experience his blood and organs being sucked out until he eventually dies.

At that point, Kabane contacts him to say he and Akira are on their way to help him. As Kabane is talking, he is also dragging the mosquito sister that tried to stop him and Akira behind him. 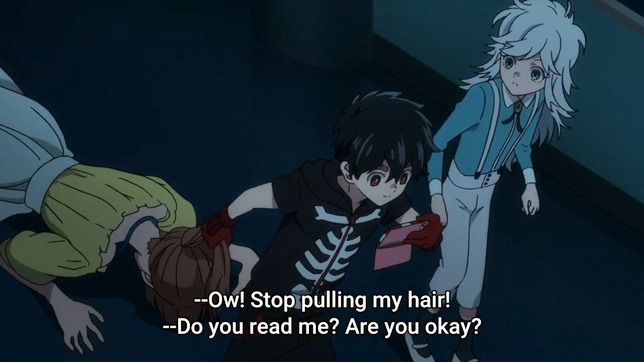 Kabane tells Shiki he and Akira have already beaten one of the sisters, and adds he believes Shiki is strong enough to beat the other sister himself.

At that point, Mihai asks Shiki how he will feel when his junior (Kabane) finds out he is weak. Shiki gets angry and smashes the Mihai Magnum car with his fist, breaking his finger in the process.

The sister near him, however, has now woken up and accuses him of “doing a number on her”. She then tries to attack him but Shiki jumps out of the way and camouflages himself even more, forcing her to keep attacking areas of the corridor until she finds him. 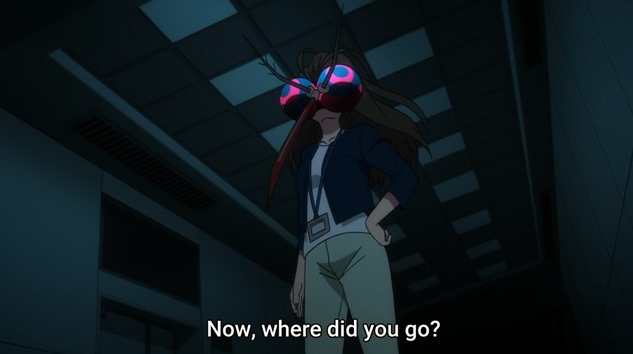 As she rushes around trying to find him, Shiki spreads spider web around the corridor eventually catching her in his web just like a real spider would catch a mosquito.

Kabane and Akira finally arrive with the second sister and soon both mosquitoes are incapacitated.

As the three are talking about how to deal with the women, however, and as Kabane thinks they can beat all three mosquitoes while Shiki thinks they should be more cautious, the third sister appears.

She is the strongest one, and is disgusted when she sees her sisters strung up by spider webs and unable to free themselves.

She then asks them if they will forget what they have seen at the factory, forgive her sisters and, in return, she will let them leave…and live.

Kabane tells her they cannot do that as their job is to find out what is happening in the factory and stop it.

As one of the sisters warns her that Kabane is strong, the most powerful sister shuts her up by sucking out her brains. She does the same thing to the other sister ultimately killing them both.

As she complains to Kabane her sisters were weak, she tells the children “This is my food pantry, and I won’t let you destroy it” as she rushes towards them and attacks. She then grabs Kabane, picks him up in the air and stabs him with her proboscis.

Shiki tries to stop her but is immediately knocked unconscious and Akira is slammed against the wall as he tries to make ice to attack the mosquito.

Kabane realizes, if he doesn’t beat her, after she has killed him she will also kill Shiki and Akira. But as he struggles to free himself from the mosquito’s grip, his arm breaks.

It is then Mihai tells him “You are doing it all wrong and, if something happens to you all, Inugami will be upset with me”. He explains to him the only reason why he had not been able to beat him (Mihai) at arm wrestling is Kabane wasn’t using his Kemono strength. 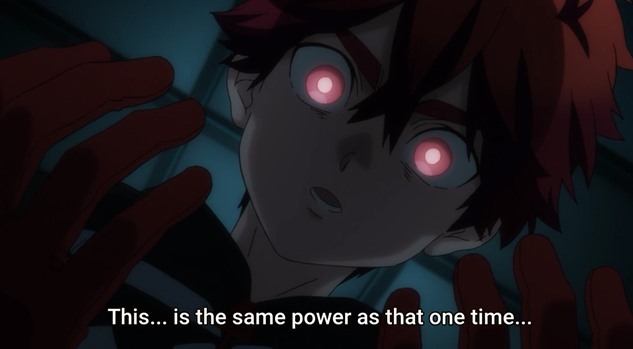 When Kabane realizes his Kemono strength would allow him to destroy the mosquito, he immediately uses his strength to rip off two of the mosquito’s legs. She then falls backwards bleeding to death.

As he is deciding the best plan is to rip off her other legs so she dies, Inugami appears on the Mihai Magnum and tells Kabane it is enough, they were only hired to check out the factory and it is now time to come home. Inari will take care of the rest of the problem.

At this point, however, someone else arrives in the corridor and introduces himself to Kabane as Nobimaru. He explains he is the new kitsune who works for Inari, and she will be angry about the mosquitoes forcing humans to work against their will. 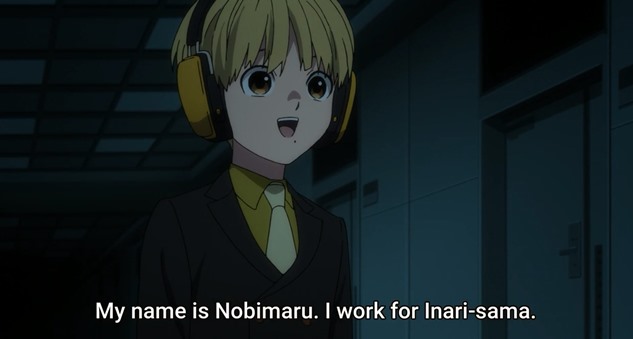 Nobimaru then touches the mosquito in several places on her body, snaps his fingers and she bursts into flames and dies. He tells Kabane “We cannot afford to leave any evidence”.

He burns the other two mosquitoes’ bodies as well, and says Inari will take care of the human workers. He also advises Kabane to take Shiki home, as he is concerned about him still being unconscious and obviously hurt.

Before he leaves, however, Nobimaru whispers in Kabane’s ear that Inari has not given up on getting his lifestone. When Kabane asks him why he is telling him this, Nobimaru admits he hates Inari.

Back at the office Akira is angry with Mihai as he told them the mission was not dangerous when he knew that it was. “We could have been killed” he shouts. 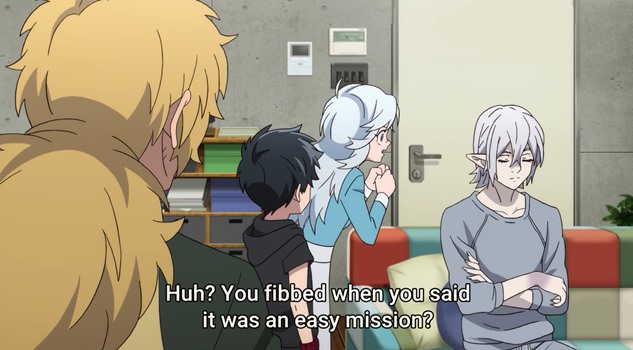 Mihai, however, refuses to accept responsibility as he says, if they were only given easy missions, they would not grow or learn under Inugami’s protection.

Akira admits he probably has become a little stronger, and Inugami says they did a great job.

As Mihai continues to try to weasel out of his responsibility, however, Inugami threatens if he tries anything like that again he will ship him back to Romania packed in ice.

The day afterwards Shiki is angry with Kabane as he keeps following him around to make sure he is still alive. Kabane finally remembers he had forgotten to go back to the park to see Kon.

At the park, Kon falls out of a tree and tells him “I’ve been waiting for you” and Kabane explains he had to go on a mission. But, as Kon tries to make excuses for him as missions are important, he admits he had forgotten about her.

Kon is disappointed as she had waited for him for days and even caught fish for both of them to eat. As they talk, Nobimaru appears in a tree watching them and comments “I warned you about Inari, Kabane-kun” as he is surprised Kabane is talking to Kon.

The episode ends with Shiki telling Inugami, even though he had said before he was not interested in meeting his parents, he had been lying. He really was.

Read the rest of the Kemono Jihen episode recaps on Leo Sigh.