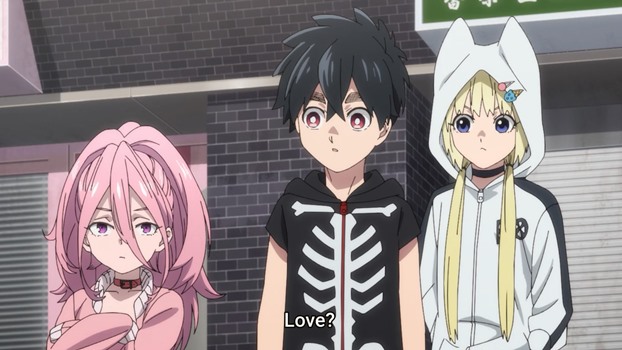 In this Kemono Jihen Episode 9 “Family” recap,  Shiki’s mother Kumi is recovering in a clinic, while the group heads off on another investigation after something in a local shopping district is stealing parts of young women’s faces.

Shiki and Aya are reunited with their mother

The episode begins with Granny Ohana explaining Kumi’s unconscious state might be psychological but, even if it is, she tells Shiki not to worry as Kumi will eventually wake up. She then allows the group to stay overnight in the clinic.


Shiki stays in his mother’s room while the rest of the group find their own beds for the night, while Aya hovers around outside the door too afraid to enter the room. 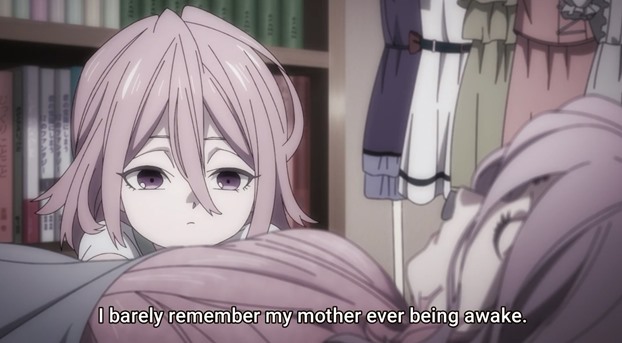 She soon begins to reminisce about what her life had been like up to then. How she had a room in the basement and was beaten by her uncle, how he treated her like a thing, and how her mother was almost always asleep. Eventually, she found out she had an older brother (Shiki) and she used to fantasize he would come and save her.

As she is thinking about her old life, Shiki notices her outside and shouts for her to come in. Aya enters timidly and asks Shiki if he is going to kill her like he and Kabane killed the other kemonos, as surely he must hate her because of who she is.

Shiki tells her he doesn’t hate her at all, as she was the person who was out there fighting all the time while he lived his own happy life. She was also the person who made sure their mother is still alive.

As Aya begins to cry, Kumi wakes up, notices Shiki and Aya and all three hug. 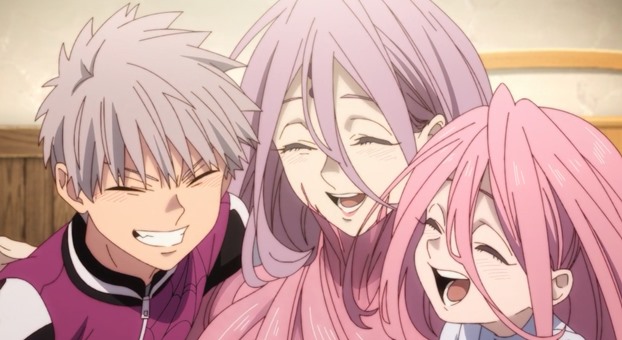 Days later, the Kemono group minus Shiki are at the agency waiting for another job. Shiki is staying at the clinic with his mother and Aya for a while, and Kabane, Inugami and Akira talk about him possibly quitting.

A few minutes later Shiki and Aya arrive, and Shiki becomes angry when he hears they think he might quit. “Don’t give me the boot so soon”, he shouts.

Shiki then explains when he does come back, he will also help Kabane find his own parents as a thank you for helping him find his mother and Aya.

Aya is also with Shiki and she tells the group she will be working at the clinic as, with her ability to heal people, she can be useful. She also has a crush on Kabane and Kabane, not understanding what ‘going out with someone’ means says he will go out with her.

At this point, Kon bursts into the room and tells Kabane she has become stronger. “Come and fight me,” she says. She then notices Aya with Kabane and becomes angry.

Inugami interrupts telling them they have a new job as there have been reports about women in a shopping district getting parts of their faces ripped off.

Kabane, Aya and Kon decide to take the job together.

The three go to Harajuku where a policeman tries to stop them entering. Kabane explains they are members of the Inugami Detective Agency and the police officer shows them where the incidents took place.

As Kon is becoming jealous and angry as Aya hangs all over Kabane, she hears a voice telling her “Just leave it to me. I’ll help you”. 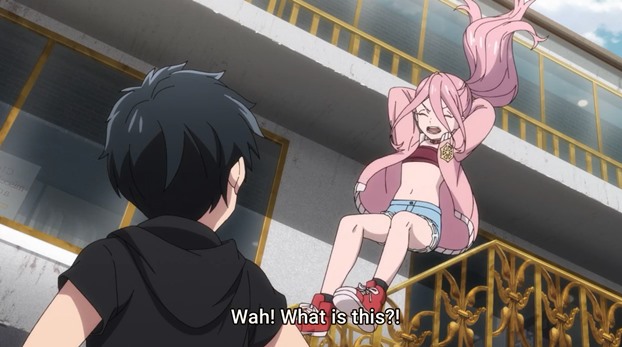 Seconds later, Aya is pulled up into the air by her ponytail. As she screams in pain, Kabane says he can’t see anything but decides to just hit the air anyway. As he makes contact with something in the air, Aya is dropped and Kabane catches her in his arms.

She tells them she is the person that has been taking parts from women’s faces as she is in love with the boy who works in the shop across the street, and so wants to look like them so he will notice her.

Kabane tells her, “That doesn’t sound like the love I know, as that kind of love means giving and not taking”.

Katanashi angrily responds he couldn’t understand how “we” feel, and when Aya asks “We?”, Katanashi points to Kon and says “she looks like she is in pain too”, which is why she decided to drag Aya by her hair.

Kabane asks Kon if she put Katanashi up to hurting Aya, and Kon replies that she did not.

Then as Aya accuses her as well, Kon becomes angry, tells her to shut up and shouts she doesn’t understand what is happening to her but her head is spinning and her chest “feels mushy”.

She then shouts that it was always fun being with Kabane but it isn’t fun today, She then turns into her kitsune self and tries to attack Aya screaming that it’s all her fault. Kabane protects Aya and Kon runs away. 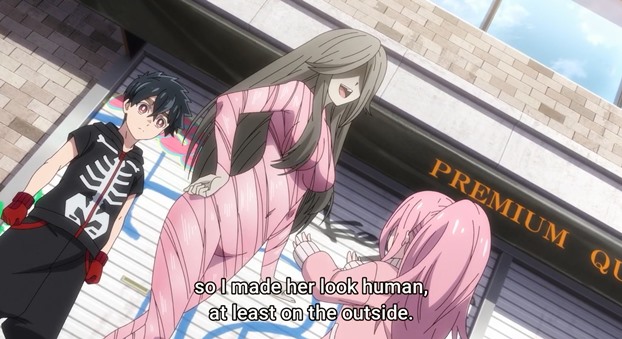 Back at the agency, Aya tells Shiki she completed the job by using her healing thread to make Katanashi look human. That way she will not need to steal parts of other women’s faces again. Aya then leaves, kissing Kabane goodbye as she does.

Kabane heads to the park to check on Kon. Kon cries and Kabane comforts her as she tells him she wants to be Kabane’s #1 person and asks him how she can do that. Kabane tells her he does not know.

As Kon and Kabane talk, Inugami and Kumi are at a memorial stone he has erected in the forest for her dead children. Kumi thanks him for keeping the memorial a secret as she doesn’t think Shiki or Aya will be pleased.

In the final scene, Aya and Kon are at the agency arguing over Kabane. Akira tells him to choose his lover and Kabane says he’s already chosen and, if it means someone you love the most, it’s Inugami.

As Aya and Kon head angrily towards Inugami, the episode ends with Inugami telling the girls “Don’t drag me into this”.

Read recaps for every other Kemono Jihen Season 1 episode on Leo Sigh.

Kemono Jihen is streaming on Funimation.