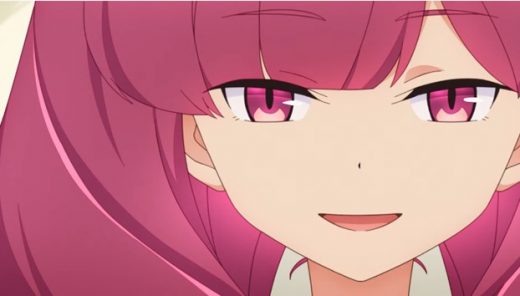 The fifth My Master Has No Tail character video has been released today — the fifth this week, I might add.

The latest one is the Kirino Enshi character video, which shows the rakugo master is actually quite a bit more arrogant than she probably should be.


Considering she is only able to tell her stories if she speaks with the help of a metronome.

As you will also hear in the trailer, Kirino Enshi is superbly voiced by Japanese actress Ayana Taketatsu (Nino Nakano in The Quintessential Quintuplets). The actress gives Kirino that lovely mix of snootiness and silliness depending on the situation.

And, is it just me, or do you also get the feeling from these newly released character videos that the characters in My Master Has No Tail are going to be a lot of fun to watch? As they all seem so quirky and strange.

The My Master Has No Tail supernatural comedy anime series is based on the manga by TNSK.

Kodanasha Comics is publishing the manga in English.

The anime is due to premiere on September 30th in Japan.

Watch the just released Kirino Enshi character video below, and enjoy the craziness of the anime’s main characters.

RELATED: Mameda’s character trailer from My Master Has No Tail shows a crazy, cute tanuki who looks like a lot of fun