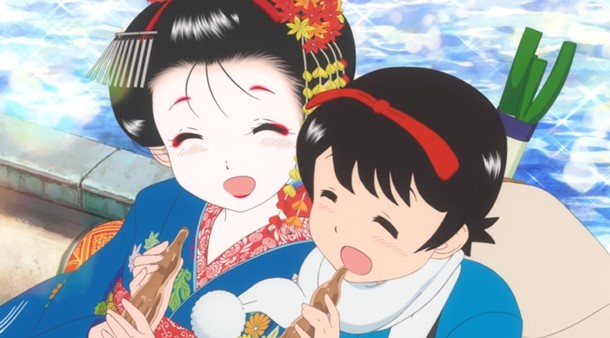 One of my surprise favorite anime series this year has been Kiyo in Kyoto: From the Maiko House. A lovely, relaxing slice-of-life anime that tells the story of Kiyo, a 16-year-old Japanese girl who desperately wants to become a Maiko (an apprentice geisha).

The problem is, Kiyo’s teachers think she is too clumsy so she is asked to leave the geisha house. Meanwhile, her friend Sumire is everything a Maiko should be — beautiful, elegant and sweet.

Kiyo doesn’t let her bad fortune destroy her life, however, or make her hate Sumire. Instead, she becomes a cook at the geisha house, and supports Sumire in everything she does.

Kiyo in Kyoto: From the Maiko House has been streaming on Crunchyroll since early in the year and, this week, just got a beautiful new key visual (see below).

The key visual shows Sumire and Kiyo in their roles as Maiko and cook. 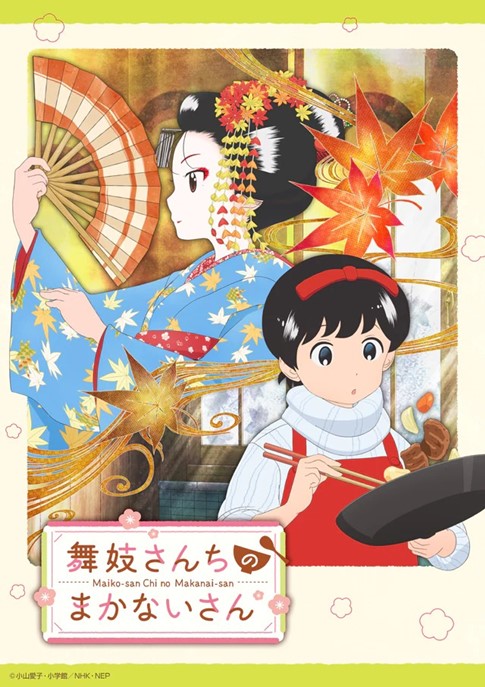 The latest Kiyo in Kyoto: From the Maiko House key visual was released to celebrate the upcoming TV premiere of the series in Japan.

The show also gets a new opening theme song by Ayano Tsuji, although the song hasn’t yet been released.

If you enjoy an anime series that is not only beautiful to look at and relaxing to watch, but that also is full to the brim with Japanese tradition and culture, check out Kiyo in Kyoto: From the Maiko House on Crunchyroll.

The only drawback to the really lovely series is, strangely, episodes are released just once a month, meaning it can be a frustratingly long wait between one and the next.