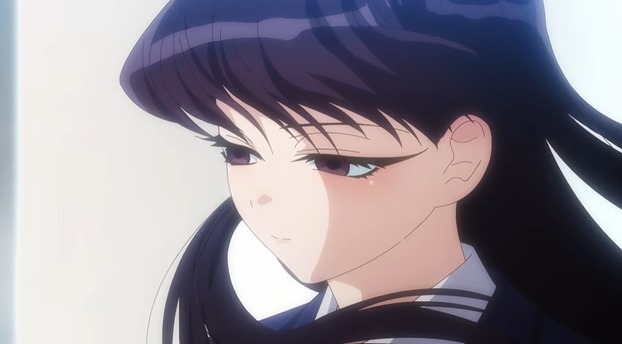 The upcoming anime Komi Can’t Communicate got a trailer, cast announcement, a teaser visual today and a release date, along with an official website today.

The OLM produced series is based on the manga series by Tomohito Oda, and will be premiering in October, 2021.

Ayumu Watanabe (Ace Attorney) will be the chief director of the series, with Kazuki Kawagoe (episode director of Beyblade Burst) as director.

Character designer is by Atsuko Nakajima (Tokyo Ghoul:re), and Deko Akao (Noragami) is in charge of scripts and series composition.

As for the main cast, there are three excellent choices.

Yep, that excellent cast is sure to bring these beloved characters beautifully to life.

The Komi Can’t Communicate manga, of course, is super popular. After all, many of us can relate to characters that are incredibly awkward or, as it is described in the manga, have “a communication disorder”.

If the anime series is done as well as the manga then, it should be one of the highlights of the 2021 fall season.

And, if you have missed the manga so far, but love painfully awkward characters, here is how Viz describes it:

Timid Tadano is a total wallflower, and that’s just the way he likes it. But all that changes when he finds himself alone in a classroom on the first day of high school with the legendary Komi. He quickly realizes she isn’t aloof—she’s just super awkward. Now he’s made it his mission to help her on her quest to make 100 friends!

Watch the just released Komi Can’t Communicate trailer below. She sure is beautiful but, boy, is she awkward.