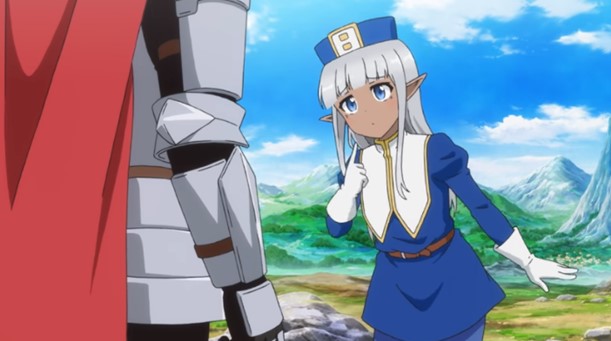 Kono Healer, Mendokusai’s Karla is cuter than cute but, boy, what a pain in the a**

I am a sucker for any anime series featuring cute girls. Even if that cute girl is a dark elf.

That, by the way, is the case in the upcoming comedy fantasy anime Kono Healer, Mendokusai (aka This Healer’s a Handful). An anime that features Karla, the cutest dark elf you have ever seen.

Kono Healer, Mendokusai is based on the manga series by Tannen ni Hakkou, and today came out with a teaser trailer and an adorable visual.

The visual features Karla, a healer (sort of), and Alvin, the show’s other protagonist, and a knight in his own right. Sort of.

Karla and Alvin team up in Kono Healer, Mendokusai after she mistakenly curses him instead of healing him. The curse means, from then on, if Alvin moves further away from her than 300 meters, he will immediately die.

Of course, that wouldn’t necessarily have to be bad. If Karla wasn’t one of the most annoying and rudest people poor Alvin has ever met.

Of if she spent more time actually healing him than berating him.

The manga’s fourth volume comes out this Friday and, if you haven’t read it yet you really should, as it is one of the funniest fantasy manga ever.

Watch the show’s teaser trailer below, do take note of the voice actors —  Aguri Onishi who plays Karla, and Takuya Sato as Alvin — as they are superb — and fall in love with Kono Healer, Mendokusai’s Karla as she really is adorable.

Kono Healer, Mendokusai is due to release sometime in 2022.