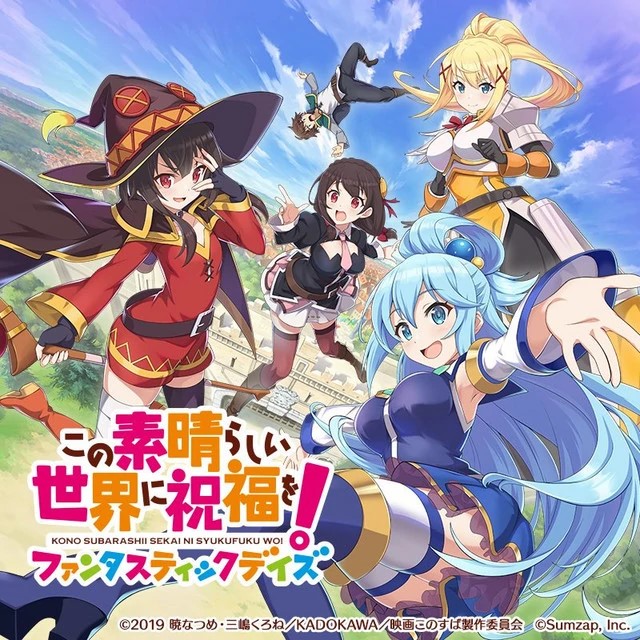 The game I am the most looking forward to this year is the upcoming Kono Subarashii Sekai ni Shukufuku o!Fantastic Days smartphone game.

So, to have four of my favorite anime characters on my phone to entertain me for hours on end just thrills me no end.

Especially as the game has an original story, full voice acting, and we will be able to form parties with those characters and then head out to do battle. (Oh My God…I can’t wait!)

There will also be a virtual showcase on the company’s YouTube channel on the same day.

Great news, finally, as the game has been out in Japan since early 2020.

You can currently watch all of them on Crunchyroll.

Meanwhile, a new key visual was released last month for a new ‘upcoming KonoSuba production’, which may (hopefully) mean we are getting a Season 3.