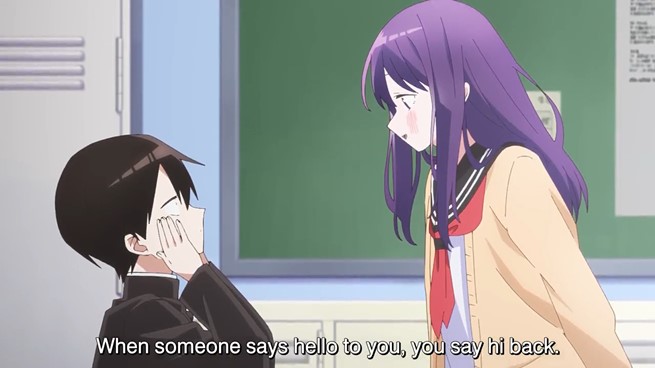 Right after the first episode of the anime aired yesterday, a Kubo Won’t Let Me Be Invisible creditless opening animation was released by Pine Jam in celebration of its’ kickoff.


The Kubo Won’t Let Me Be Invisible anime is based on the romantic comedy manga series written and illustrated by Nene Yukimori.

It tells the story of Junta Shiraishi, a high school student who, no matter how he tries to live his best life, is so bland to both his teachers and classmates nobody even notices whether he attends class or not.

But, soon after Junta meets Nagisa Kubo, everything begins to change as she refuses to let him remain invisible. Unfortunately for Junta, that means she often puts him in some pretty crazy situations.

Viz Media is publishing the manga series in English.

Kubo Won’t Let Me Be Invisible is directed by Kazuomi Koga (Rent-a-Girlfriend) with series composition and scripts by Yuuya Takahashi (Lupin the IIIrd), and character designs by Yochiko Saitou (Farming Life in Another World).

Pine Jam is in charge of anime production.

The anime is currently streaming via HiDive.

Watch the just released Kubo Won’t Let Me Be Invisible creditless opening animation below, and enjoy that sweet ending theme song, which you can also hear in full via the Spotify player below the video.

RELATED: Kubo Won’t Let Me Be Invisible trailer proves Kubo and Shiraishi could be anime’s cutest couple this season